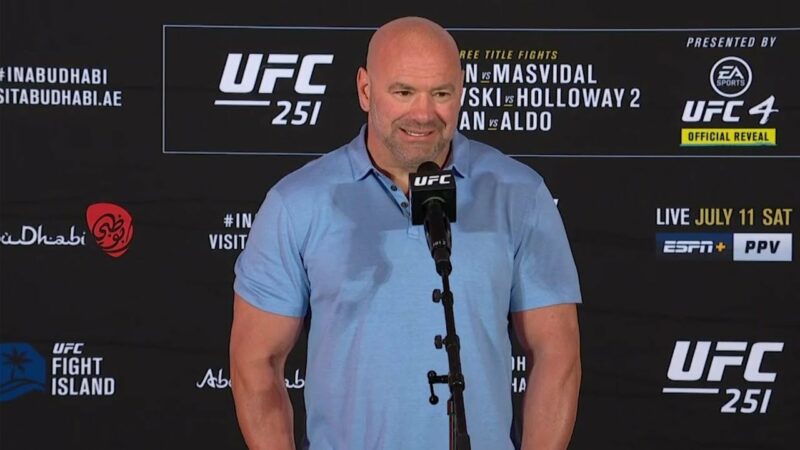 “I don’t like anything that makes us look like that sport of animals, and all the negativity, and all the criticism, and all the stereotypes that I dealt with 20 years ago, 25 years ago, getting into this sport. I don’t want to see us go back there, and it can happen,” Jimmy Smith said on Sirius XM.

“It can happen when mainstream sponsors, and mainstream corporations, and mainstream outlets, whatever, go, ‘Eh, I don’t know if I want to be involved in this, because they have a domestic violence scandal every week for which they do nothing.’

“There’s no accountability. None for Jon Jones, none for Dana White.

“It can drag us back. And you’ve got to be a little bit older to remember those days, but they did happen. And they can come back again. So a lack of accountability for Dana White affects everybody in MMA. Because it says, our sport doesn’t deserve any better.

“Of course, there are no consequences. They’re a bunch of animals who fight in a cage.”

As for White’s comments about how his absence “hurts” everyone around him, Smith had this to say.