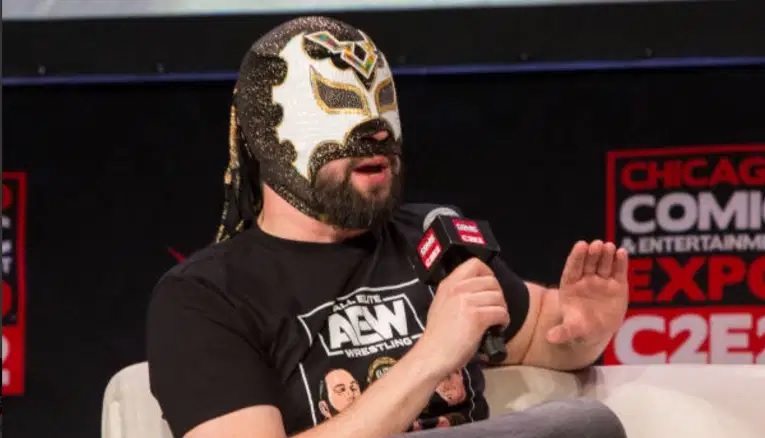 Excalibur's return to AEW pushed back

Excalibur has been noticeably absent from the AEW on TNT broadcasts for the past couple of weeks, and it appears it will remain that way going forward for a few more weeks.

As noted, the usual AEW Dynamite play-by-play announcer has been on hiatus in recent weeks due to an old controversial racism story line from his days in the Pro Wrestling Guerrilla (PWG) promotion.

The angle, which happened 17 years ago, involved Excalibur (Marc Letzmann), Kevin Steen (a.k.a. Kevin Owens), Human Tornado and Disco Machine and included a racial slur that Dave Meltzer of the Wrestling Observer Newsletter at F4WOnline.com noted all involved immediately regretted and apologized for afterwards.

Regardless, Excalibur was pulled from the commentary desk starting with the July 29 episode of AEW Dynamite, and was also absent from the broadcast this week on August 5, as well as recent AEW Dark broadcasts, despite flying into Jacksonville, Florida.

Excalibur was reportedly expected to return on next week’s AEW Dynamite show on August 12, however the company has apparently pushed that back, as Meltzer is reporting that he will return to the commentary desk starting with the August 26 episode of AEW Dynamite.