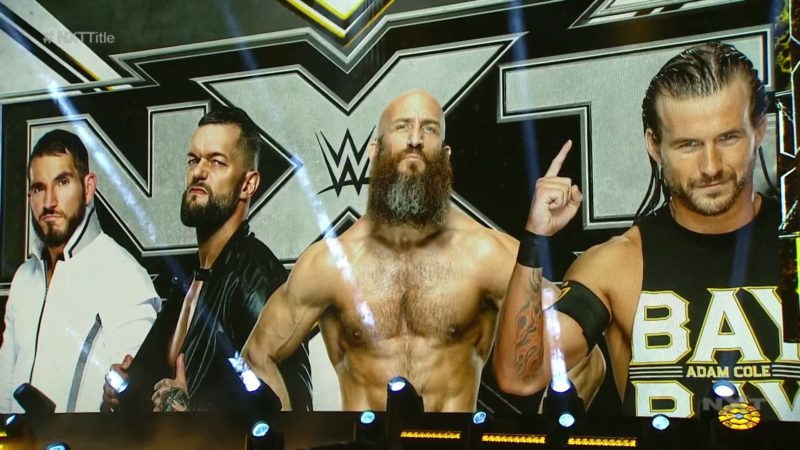 This week’s episode of NXT started with Karrion Kross relinquishing the NXT Title. Following an MRI on Monday, it was determined that his shoulder injury was too severe for him to keep on competing.

During the second hour of the show, William Regal came out and and made a huge announcement. He wished Kross “best wishes on his long recovery.” He then revealed how NXT plans on crowing a new NXT Champion.

It was announced that on next week’s episode of NXT, four former NXT Champions will be competing for the NXT Title. The participants will be Finn Balor, Adam Cole, Tommaso Ciampa, and Johnny Gargano.

The match type was revealed to be a 60-minute Iron Man Match. Fans will certainly enjoy the match as it promises to be an intense one. We will have to see who will win the title in the end.

Next week, on a special TUESDAY edition of #WWENXT, former 4 #NXTChampions will collide for the vacant #NXTTitle.