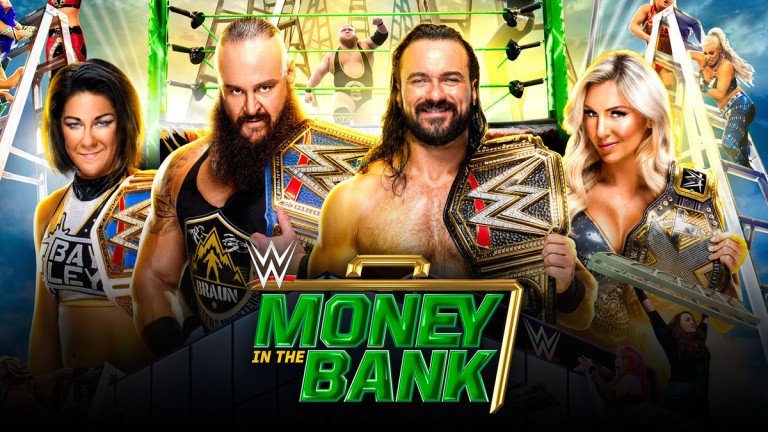 WWE Money in the Bank is set to air on the WWE Network starting at 7:00 p.m. EST as the WWE Superstars are set to climb the corporate ladder at the unique match location of WWE’s “Titan Towers” Global Headquarters in Stamford, Connecticut with the majority of the remaining matches being held in Orlando, Florida at the Performance Center.

Men’s “Climb the Corporate Ladder” Money in the Bank Match

Rey Mysterio vs. Aleister Black vs. AJ Styles vs. Daniel Bryan vs. King Corbin vs. Otis

Asuka vs. Shayna Baszler vs. Nia Jax vs. Dana Brooke vs. Lacey Evans vs. Carmella

The New Day vs. Lucha House Party vs. Miz & John Morrison vs. The Forgotten Son

Following the eleventh Money in the Bank ladder match, the winner of both male and females divisions separately will take possession of the removed briefcase holding the golden contract following the match, then they will be able to cash it in at any day/time of their choosing at which point they are guaranteed a world championship match,