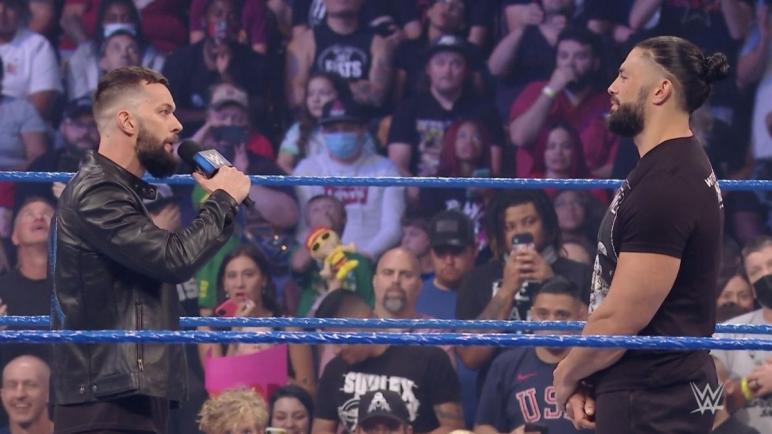 WWE star Finn Balor recently opened up on WWE Universal Champion Roman Reigns. Despite their on-screen feud, ‘The Prince’ decided to shed some praise on ‘The Tribal Chief’ in an out of character interview, backing Roman Reigns after his loss on Smackdown. Vince McMahon Fired Diva For Pregnancy?

In a recent interview with Sports Illustrated, Balor heaped praise on Universal Champion Roman Reigns, calling the Tribal Chief “a once-in-a-lifetime talent.” Balor said unlike the critics who spoke “s–t about Roman and his abilities,” he always knew Reigns was “something special” the moment they had collided for the first time on the Jul 25th, 2016 episode of RAW.

“The world was talking s— about Roman and his abilities and his performances,” Balor said. “From the first moment we locked up, I knew he was something special. He was operating on a different level that people didn’t quite fully understand. Now people are learning he is a once-in-a-lifetime talent. Roman’s proven that over and again, and the masses have accepted and acknowledged that ability and growth. His presence is just unimaginable right now.”

It seems that WWE teased the return of Balor’s alter-ego, ‘The Demon’ after this week’s SmackDown main event, which saw Reigns retaining his Universal Title over Balor with the Guillotine submission hold. It is rumored that Balor vs. Reigns will take place once again at the upcoming Extreme Rules pay-per-view.