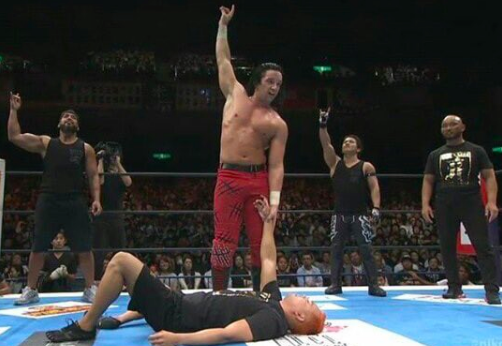 As reported earlier, The Switchblade Jay White has joined forces with the Bullet Club OGs and has officially severed ties with CHAOS. The former NJPW United States Champion received a warm welcome by Tama Tonga and Bad Luck Fale, the head honchos and stalwarts of the stable.

After the incident, Bad Luck Fale took to his Twitter to reveal an interesting detail behind White’s recruitment. Fale said that it was the first leader of the Bullet Club and current WWE Superstar Finn Balor who made this happen.

Fale said that Finn Balor was the one who introduced them to White and that it was only a matter of when until they could recruit the young up and comer into their glorious stable.

This plan was set in motion 4yrs ago when .@FinnBalor introduced me to @JayWhiteNZ in London 2014#bulletClub pic.twitter.com/FCZ90L3bKf