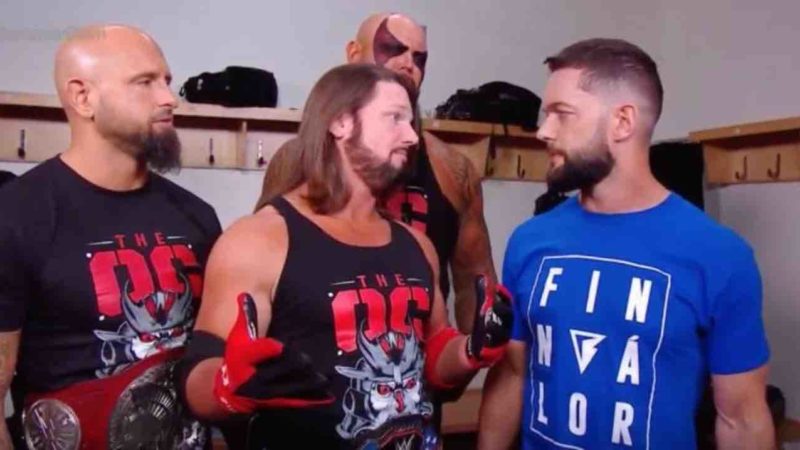 Adam Cole responded with a photo of himself in a Bullet Club shirt. Kenny Omega, Karl Anderson, and Doc Gallows have recently reunited, though their relationship with The Young Bucks has been hit and miss. KENTA appeared on AEW Dynamite last night, solidifying the relationship between AEW and New Japan Pro Wrestling. NJPW announced a new U.S. television deal today with The Roku Channel.

Balor and Cole are locked into WWE contracts, so departing WWE would for NJPW or AEW for a Bullet Club reunion would likely take time. AJ Styles also has discussed enjoying the stability of WWE, so it’s unknown if he would consider leaving for a reunion, though the idea of working with his friends Doc Gallows and Karl Anderson again after their WWE releases would be enticing.

Omega, Anderson, and Gallows have been wrestling on AEW Dynamite and Impact Wrestling recently, jumping from show to show, though The Good Brothers are contracted to Impact Wrestling.