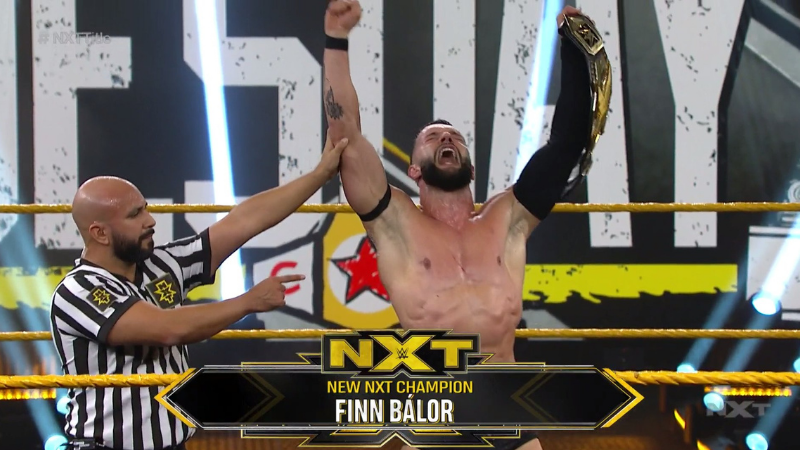 After last week’s scintillating Fatal Four-Way Iron Man match for the NXT Championship ended in a draw, it was announced that Finn Balor and Adam Cole would face each other on the next episode of NXT for the Title.

The two squared off on this week’s episode. They had a hard-hitting match where either competitor could have come out the victor. Both of them kicked out of each other’s respective finishers.

The final moments of the match saw Finn Balor hit Adam Cole with an avalanche 1916 for the three count. It was a clean victory, which was a surprise to many as rumors suggested the ending could have been a controversial one.

This marks Balor’s second reign with the title. He last won the NXT Championship back in 2015 and he held the title for 292 days. We will have to see how he will be booked.