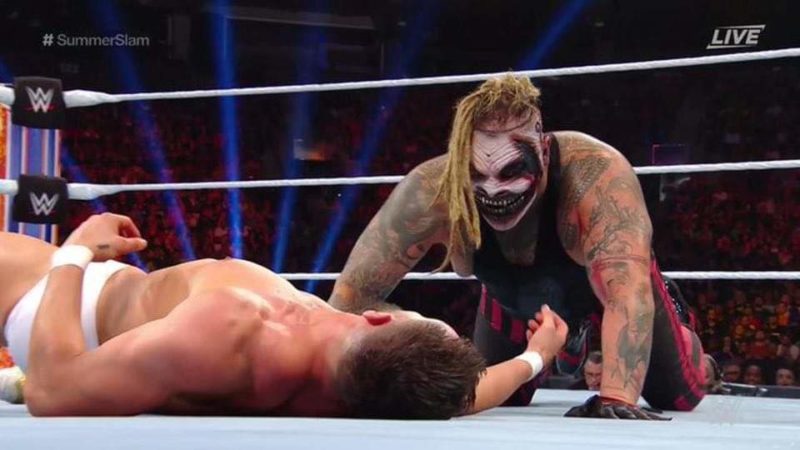 WWE NXT star Finn Balor recently opened about his final match on WWE’s main roster against The Fiend Bray Wyatt at SummerSlam 2019. He said that he had enjoyed it. However, it was The Fiend who tallied a win against Balor in his WWE in-ring debut.

Finn Balor vs The Fiend soon?

Balor’s loss to The Fiend had impacted his credibility on the main roster. He recently spoke on Ryan Satin’s Out of Character podcast and Balor said he is eyeing to reignite the feud with The Fiend. Roman Reigns vs. Jimmy Uso Major Spoiler Rumor

The stars had gone head to head previously and Balor had defeated Wyatt in their one-on-one matches on both the occassions at SummerSlam 2017 and No Mercy 2017.

They were set to collide at TLC in 2017, which would have seen Balor performing as The Demon and Wyatt performing as Sister Abigail.

However, there was some change in the plans and WWE had decided to nix the match. But, the match was later changed to Balor squaring off against AJ Styles as Wyatt suffered from an illness. We will see when Balor returns to the main roster.