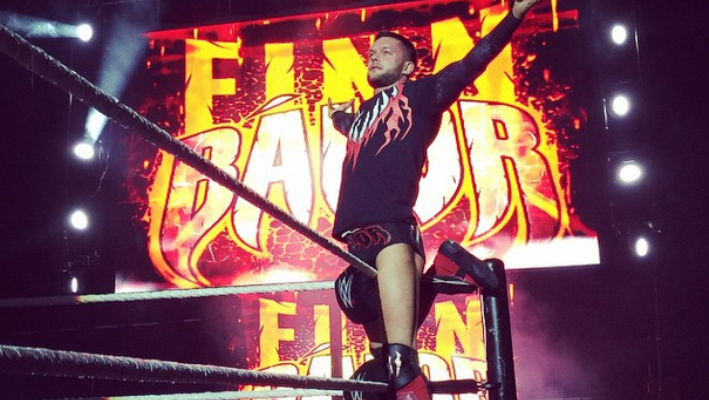 On meeting Vince McMahon for the first time:

“The first official meeting I had with Vince McMahon was in San Jose two days before WrestleMania,” said Bálor. “I was wrestling against Neville in the main forNXT San Jose. Neville had just got to the ring, and I was standing behind the curtain ready to make my entrance. I could hear Neville’s music tapering off, and I heard a call, ‘Finn! Finn!’ I turned around and it was Hunter. He said, ‘Have you met Vince?’

“So I went over and Vince’s head popped out from behind the curtain and said, ‘How are you doing, son?’ I said, ‘Hello, sir,’ and shook his hand. As I shook his hand, the heartbeat of my music started and I started, ‘That’s my cue, gotta go.’”

On winning the NXT Title in Japan:

“That whole night was memorable for much more than winning the NXT championship.” Said Bálor. “Japan was a place that became my second home. That venue [Sumo Hall] is where I watched my first New Japan show and wrestled my last New Japan match. It was a year after I said goodbye to so many friends, and the fans were almost like family there, and I wasn’t sure if I’d ever see them again.

“To come back with WWE a year later to wrestle in the NXT championship match in a sold-out Sumo Hall against Kevin Owens, who came into NXT at almost the same time as me–and we became very close, experienced a lot of the same struggles–live on the WWE Network, the story couldn’t have been written any better.

“With regards to what you see on TV, you’re really only seeing the tip of the iceberg with Paul Levesque,” said Bálor about the man better known to wrestling fans as Triple H. “He has been an incredible leader here for the people at NXT, and not just for me, but he has time for everyone. He motivates people and inspires. He’s someone that is very approachable, very down to earth, and full of new and alternative ideas. He’s helped me adapt to my situation, which has been very different with learning the working style of WWE and life here in America.”