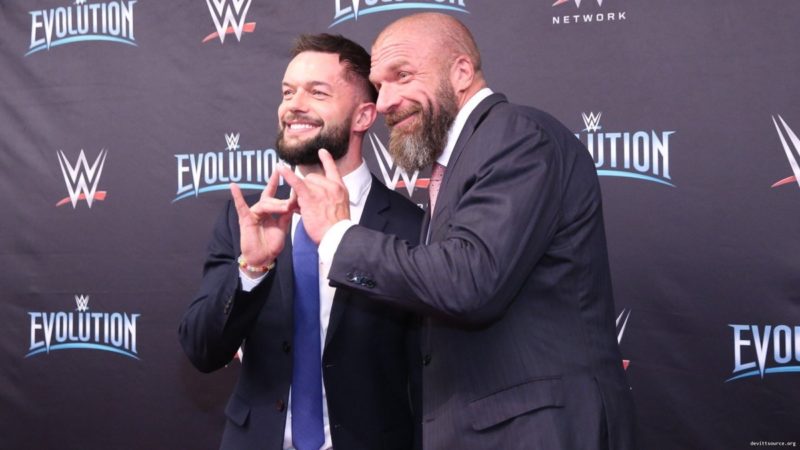 Finn Balor had a long and successful in WWE NXT before moving on to the main roster. But things did not go quite as ‘smoothly’ for him over at WWE RAW and SmackDown, The Demon revealed in an interview last year.

He made a return to NXT and is now in the middle of his second successful stint on the brand. In a recent interview with Newsweek, Balor revealed why he is way happier on WWE NXT than on the main roster.

Finn Balor on why he likes WWE NXT better

Finn Balor talked about how facing the same Superstars again and again on the main roster made him familiar with everyone’s fighting styles. But back in NXT, he is getting to face fresh talents. It helps keeps things alive and interesting in his opinion.

“You’re having live event matches all around the country against one person, so you’re very familiar with their movements and what they do on the ring. I watched all these NXT superstars [today] and I admire them and have the utmost respect for all of them, but going in there with someone, there’s obviously a lot of expectations on the match. If it’s Finn Bálor returning to NXT versus Matt Riddle and we have absolutely never met, we’re locking up for the first time on a Takeover with a lot of expectations, a lot of pressure, a lot of eyes on us, it’s that kind of pressure that makes you feel alive.”

The Demon’s current goals on NXT

Balor is now determined to prove that returning to NXT was the right call by becoming the NXT Champion. The former Champion is set on winning the title back and holding it longer than the last time.

“The first time [I was champion], I was on the rise in my career and it was a building block for me to say ‘Hey, I’m here now.’ This time, it’s more to prove to myself that I made the right decision to return to NXT, and when I take that title it’s gonna be very hard to take it off me. I was 292 days as champion before, so I’m gonna try and break that.”

Balor tied 2-2 with Adam Cole in a 4-Way Iron Man Match earlier this week. He will next be facing Cole in a sudden death singles match on NXT Super Tuesday 2 for the WWE NXT Championship.