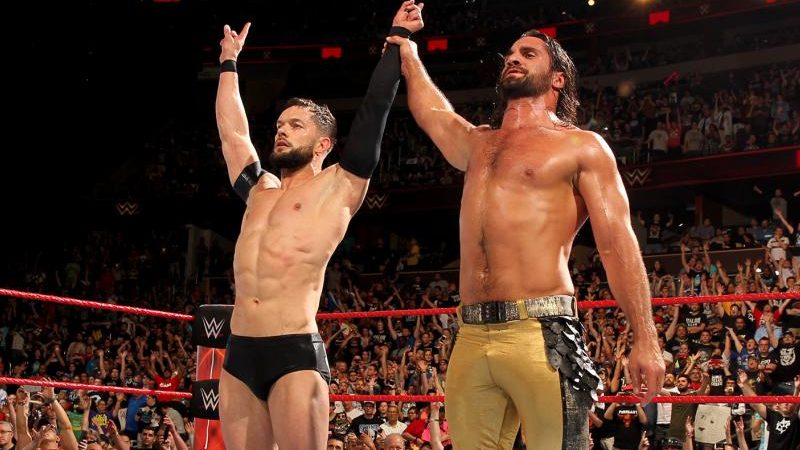 Balor and Rollins rehabbed their injuries together.

The WWE has released a new WWE 24 special featuring Finn Balor, who speaks about rehabilitating his shoulder injury alongside the man who inflicted it on him, Seth Rollins. As advertised earlier on Monday Night RAW, the feature focuses on the former Universal champion’s road to recovery after suffering a gruesome injury at SummerSlam last year.

Finn Balor (Fergal Devitt) won the inaugural WWE Universal championship in August of last year by defeating Seth Rollins (Colby Lopez) at SummerSlam. Balor, however, was forced to relinquish the title owing to a legitimate shoulder injury he suffered during the aforementioned matchup that would put him out of action until his return earlier this year. On the other hand, Rollins, who had previously injured the ACL, MCL and medical meniscus in his knee back in 2015, re-tore his MCL this February and briefly joined Balor in rehab in Birmingham, Alabama.

Low and behold, @FinnBalor found himself rehabbing his injury next to the man he suffered it against at @SummerSlam: @WWERollins! #WWE24 pic.twitter.com/Pai33EPMCe

The WWE Network presentation chronicles Balor’s journey back to the squared-circle, whilst highlighting the two WWE rivals’ camaraderie outside the ring. Here’s what Finn had to say regarding the same-

“I’m sure there’s some sort of irony in the fact that, you know, I got hurt in the ring with Seth. And six months later, we’re both in the same place rehabbing separate injuries, trying to get healthy for the same show.”

“I tore my MCL again and had to go back to Birmingham. So we (myself and Balor) got to spend a few days rehabbing together, which was a lot of fun.”

Furthermore, in a conversation with one another the two former champions had a light-hearted back-and-forth, following which Balor was seen joking- “I’m kind of fighting back the urge of picking up a steel chair and (just) smash him over the head (*in reference to the shoulder injury that he suffered at SummerSlam last year at the hands of Rollins).”

Professional wrestling is a rough-n-tumble business and as Balor himself stated- accidents do happen. It’s great to see Finn and Seth back in the mix, healthy and fully recovered. Extreme Rules cannot come soon enough!