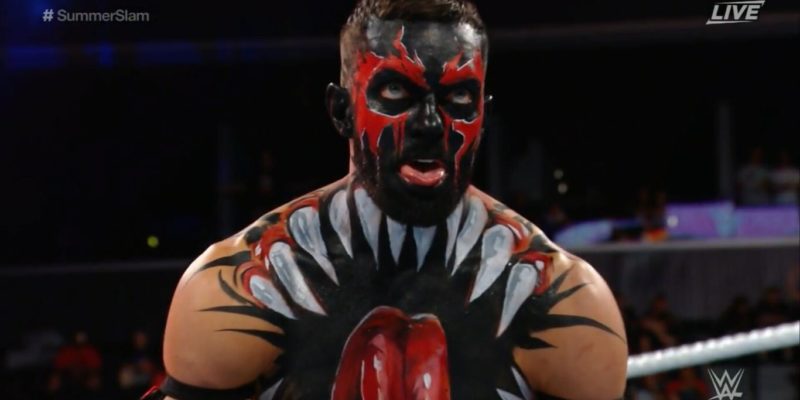 Finn Balor hasn’t used his Demon King alter ego in a long time and has also never lost a single match ever since he was called to the main roster. Now it seems that the Demon King will finally make his return at Wrestlemania.

His return was already hinted at long ago and rumors about the return were already floating for a while.

On this week’s RAW, Bobby Lashley came out and was asked a few questions by Charly Caruso. When asked about Finn alter ego, Lashley said he was unfazed. Then Balor appeared on the screen.

While cutting a promo, Balor slowly transitioned into the Demon King character. So now the Intercontinental Championship match between Bobby Lashley and Finn Balor at Wrestlemania certainly got more interesting thanks to this.

We will get to know at the event itself if the Demon King prevails or not.

There's a chance @fightbobby may need to be a little concerned heading into #WrestleMania because a DEMON is coming for his #ICTitle! #Raw @itsLioRush @FinnBalor pic.twitter.com/SMsCEt42Pw