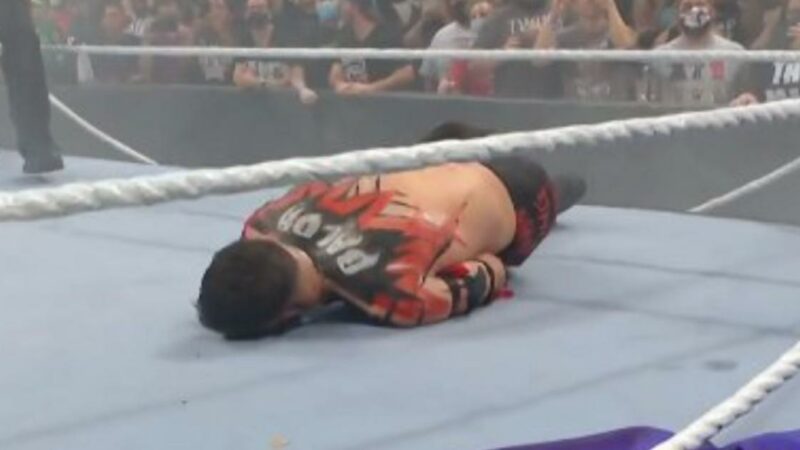 The Extreme Rules headliner featuring WWE Universal Champion Roman Reigns and Finn Balor’s alter ego, The Demon saw a catastrophic finish to the match that has received a lot of criticism from the fans. In the final moments, The Demon was on the top rope, about to hit Coupe De Grace but suddenly the top rope collapsed, and eventually ‘The Tribal Chief’ successfully retained the title hitting the spear. Seth Rollins Leaks ‘Angry’ Vince McMahon Rant

WWE’s booking has been heavily criticized on multiple occasions and Reign-Balor match was not an exception. Just when the fans thought Balor would dethrone ‘The Head of The Table’, the tables turned quickly. One the fan pages on Twitter wrote that:

“Who knew the top rope was going to collapse under the weight of ridiculous booking? #ExtremeRules”

While speaking to Men’s Health magazine, Roman Reigns went into his training regiment. He said that the training does not change that depending on who he is facing because the Head of the Table continues training at a high level no matter who he is going to face next.

“I think you have to kind of find that middle ground between bodybuilding and being a pro athlete. I train as if I’m in the NFL, the NHL, the MLB, the NBA,” Reigns said. “I train with that same intensity, that same focus and dedication and time management as any of the top sports stars in the world. But at the same time, we have to do this with our shirts off, and there has to be that aesthetic appeal.”

“So there is a very focused breakdown of how you want to do that and how you want to train each body part—and even have those days where you mesh it all and create a more functional training system. So these are all things that you have to juggle.”

Reigns is set to defend his title against Brock Lesnar at next month’s Saudi Arabia event, Crown Jewel.