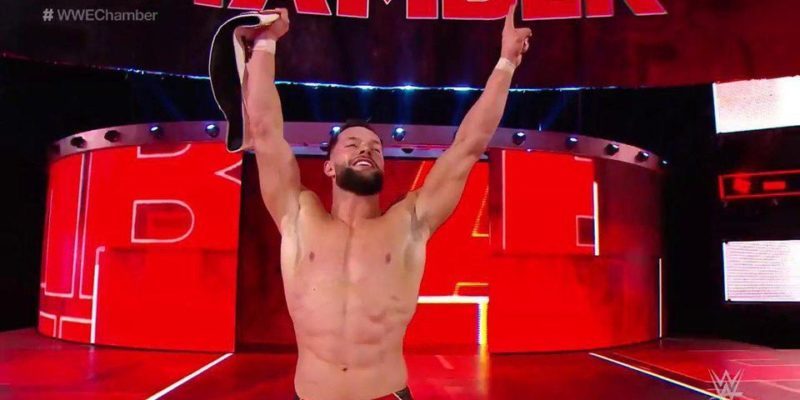 The WWE Intercontinental Championship was on the line in a handicap match at tonight’s Elimination Chamber PPV, as Bobby Lashley and Lio Rush defended the title against the challenger Finn Balor.

Finn Balor was doing well until he decided to chase Lio Rush outside the ring as Bobby Lashley hit him with a spinebuster on the barricade outside. Rush and Lashley then continued to dominate Balor inside the ring.

Balor finally got a second wind when Lio Rush missed a splash. Balor took apart Rush and then knocked both him and Lashley off the top rope, to the outside, before hitting a dive on them.