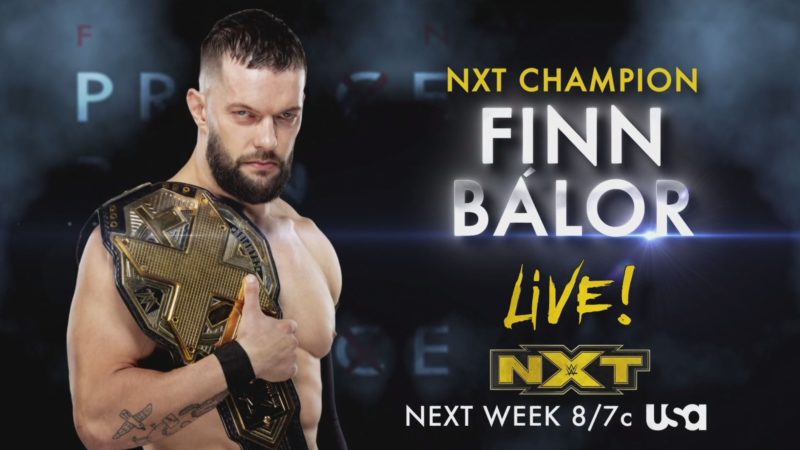 Next week’s edition of WWE NXT is already shaping up to be a jam-packed show.

During this week’s NXT On USA episode, which aired on Wednesday night from the Capitol Wrestling Center and saw Johnny Gargano lose his NXT North American Championship to Leon Ruff, a big title match and return was announced for next Wednesday night’s show.

For the first time since taking a brief hiatus to undergone jaw surgery after his brutal title defense against Kyle O’Reilly at the NXT TakeOver 31, NXT World Champion Finn Balor will appear and will address the NXT Universe on next week’s show.

Additionally, NXT Women’s Champion “The Genius of the Sky” Io Shirai will put her title on-the-line when she squares off against former title-holder Rhea Ripley.

Check out the official announcements regarding the Wednesday, November 18, 2020 episode of WWE NXT below.

For the first time since #NXTTakeOver 31, The Prin❌e will address his kingdom NEXT WEEK on @USA_Network! #WWENXT @FinnBalor pic.twitter.com/fA7IjMS78B