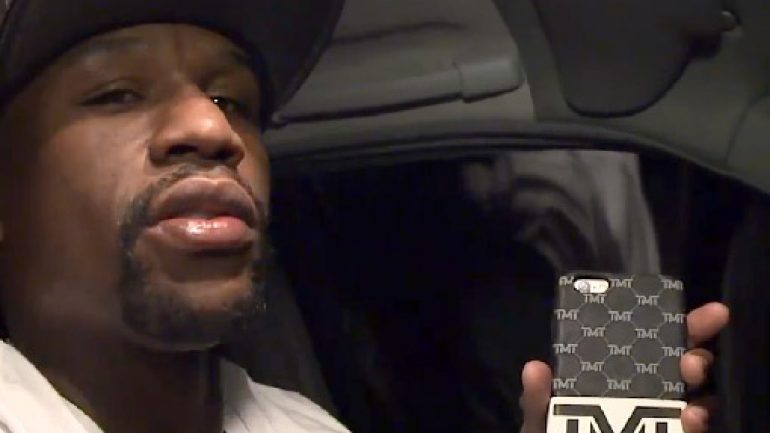 Jason Lee, blogger and founder of Hollywood Unlocked, recently sat down with VladTV for an interview where he made shocking claims. During the discussion, Lee spoke on what he was allegedly told by Tiny Harris, T.I’s wife, concerning the rapper’s rumored throwdown with boxing champ Floyd Mayweather back in 2014.

Jason, who was set to do an interview with Tiny’s R&B group Xscape, alleged that Tiny gave him details on the situation pertaining to T.I. and Floyd’s fight. According to Lee, T.I. got “lit up” by Mayweather.

In 2014, T.I. reportedly approached Mayweather at a Fatburger on the Las Vegas Strip, and after a heated exchange, the two began to brawl. According to Jason, his conversation with Xscape went south when he asked about the fight. The group members seemed uncomfortable and, as he puts it, “X-scaped” the interview to keep from divulging too much information. However, before the group “X-scaped,” Tiny allegedly informed Jason that her husband received two black eyes from the altercation, and even ended up having to wear makeup to hide them.

This brawl came from T.I and Mayweather arguing over Tiny in 2014, amid rumors that Tiny had some sort of intimate relationship with Mayweather. Soon, things turned sour as insults were thrown from both sides. Mayweather reportedly responded to an alleged verbal jab by telling T.I to “control yo b***h mother******,” and it went downhill from there.

Later, when T.I got the opportunity, Lee claims he approached Mayweather to set the record straight, but it apparently didn’t end well as Tiny claimed that two black eyes came from Floyd Mayweather which stayed there for some time. As with the rumors on Tiny and Floyd? Well, according to Tiny in 2018 – she turned to Floyd Mayweather for “attention,” she would not dive deeper into it past that statement that she made.