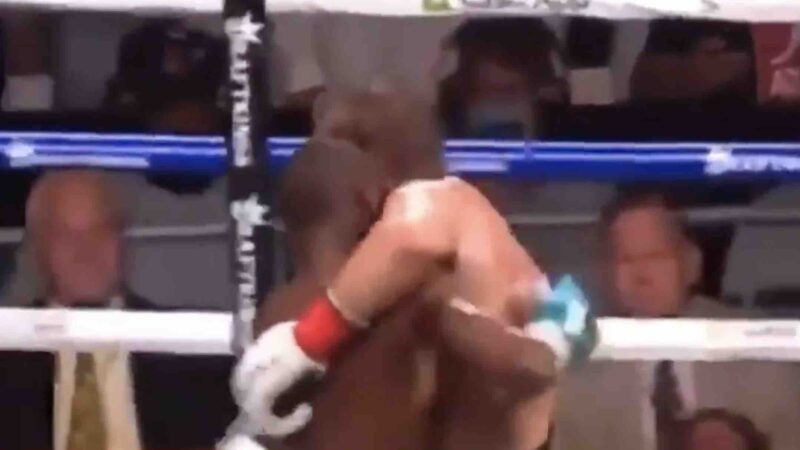 The exhibition match between Floyd Mayweather Jr. and Logan Paul gained hype but the eight-round bout ended in a draw. But, it turns out the result could have been different.

Many fans believed that Mayweather will KO Logan Paul during the bout but surprisingly Paul lasted all 8 rounds with Floyd Mayweather. However, some fans think the YouTuber was KO’ed, and there is video evidence to prove it.

Mayweather knocked out several opponents and it seems he wanted that fight with Logan Paul to last. He promised fans that he wouldn’t go for an early KO, and he kept his word. Floyd Mayweather vs. Logan Paul TV Viewership Revealed

Near the end of an early round, Logan Paul was apparently knocked out and the moment might have been missed by fans watching live, but a recent video clip has raised some eyebrows.

The video clip clearly shows that Paul was KO’ed by ‘Money’ and he kept on his feet by the veteran boxer.

This footage is zoomed in to help fans see it a little better. A couple punches thrown by Mayweather to the face had knocked him out.

It seems Mayweather wanted to avoid to end the big ticket match early and it is being regarded as a veteran move.