An incredible conversation about FEAR and how these legends have been able to push through theirs to get to where they are.

It’s all a lead up to the big Horror Movie release of @fear.movie which hits theaters January 27th! 🎥🍿

What are some of your fears that try to get in the way of your dreams? How have you been able to push through?👇🏼

Mayweather recently made an appearance at an event to promote the movie Fear alongside NBA legend Scottie Pippen. Here he went on to state that he started boxing professionally when Pippen was playing. He then claimed that he was also boxing when James was a child and is still doing the same thing as the 4-time NBA champion’s career reaches its conclusion.

“I mean y’all want everybody to really be smart. You know you hear so many things, but you got to say how the f*ck can he survive for 27 years living like this. When Scotty was playing, you know I was competing. I was a professional when Scotty was playing. When LeBron James was a kid, I was a professional. His career is almost over and I’m still competing. My Philosophy is never stopped getting it,” he said. 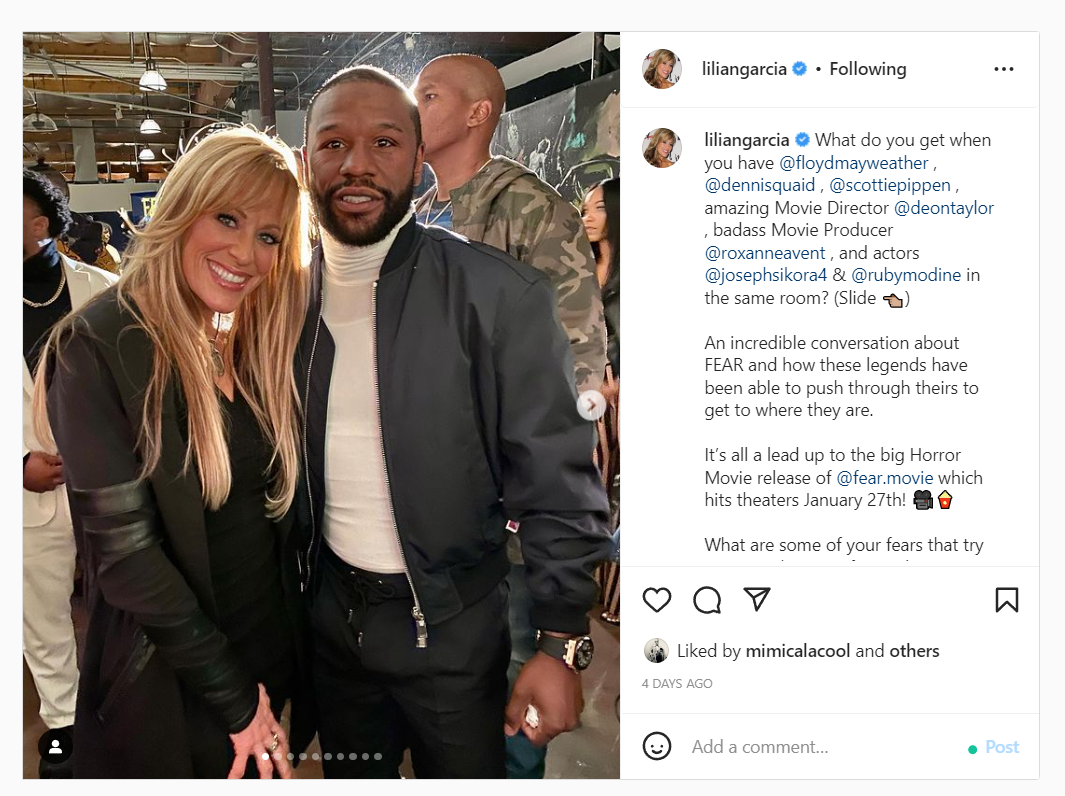