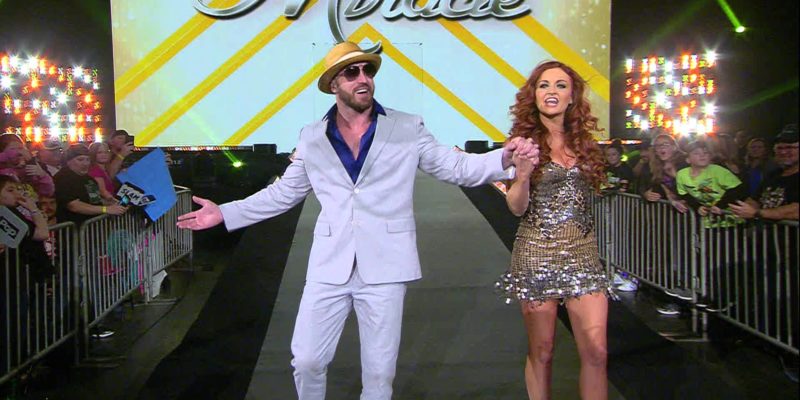 Pwinsider is reporting that the former TNA stars Mike Bennett and Maria Kanellis are expected to make their WWE debut this weekend by working at SmackDown Brand’s Live Event.

It’s also being said that they could be involved in the upcoming Money In The Bank PPV somehow and if they are not, then they will most likely make their WWE Television debut on this Tuesday’s episode of SmackDown Live.

The duo made their TNA debut together during the January 5th episode of Impact Wrestling and left after being in the company for a little over a year back in March this year.

It’s worth noting that if the couple does make a televised appearance for WWE in the upcoming week, it will be the first WWE appearance for Mike, while on the other hand, it will be a return for Maria who has previously worked for the company from 2004 to 2010.