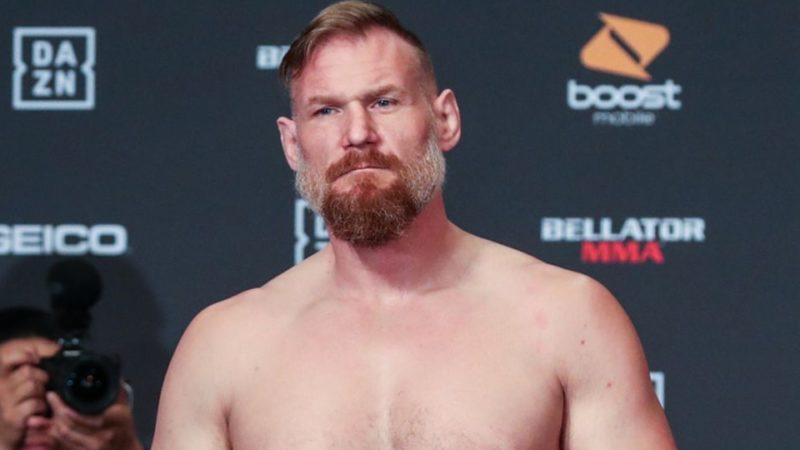 During the discussion, Barnett shared his take on Raw Underground, wrestlers he feels would excel under that format, how he thinks he would fare as a trainer in WWE and more.

Featured below are some of the highlights of the new Josh Barnett interview.

On appreciating Raw Underground for what it is:

“It clearly is something towards a more reality based wrestling and hinting in the vein of a shoot, I guess, as they would call it. It does have a more than passing resemblance to what we’re doing at Bloodsport although I would say, and not to really take a dig at them because you can only work with what you’ve got and it takes a long time to develop this kind of stuff, but it’s not to our level. But, I do appreciate it.”

On whether or not WWE took notes from his GCW Bloodsport shows:

“I haven’t seen Shane McMahon there, but I do know WWE people are very familiar with Bloodsport and they have been at our shows before – and welcomed, actually! We’re glad to have them there. William Regal was at the first show we did. I was proud to be able to host him and I’d be happy to have Shane, or anybody from the WWE to one of our shows. It takes a special kind of understanding and knowledge to put such a thing together and to find the right athletes. In this day and age of wrestling, there just aren’t that many guys, even on the wrestler side of things, that have the right training or know the strong style and street style elements as well as I do. I was training under the likes of Billy Robinson and Karl Gotch as a shooter. I don’t blame them for not putting something together at the level we do, but I like it that it exists at least.”

On believing he would be a suitable trainer:

“[Timothy] Thatcher learned directly underneath me, he’s one of my boys. So of course he can do it! Shayna Baszler, Marina Shafir, Jessamyn Duke, right? But, here’s the thing: even for WWE guys who are just known for being WWE guys, I could easily round-up a couple handfuls of people there and given three months I could have them looking like total bad asses and able to work the style. If I was given the ability to train them and agent their matches, I could give them exactly what they wanted.”

On who he thinks could excel in Raw Underground:

“I think Jonah [Bronson Reed] from NXT is definitely one. Erik from Viking Raiders – he’s already done one [but he’s got the potential] – Bobby [Lashley], Shelton [Benjamin] obviously. Dolph Ziggler is a guy I would take, Daniel Bryan as well but, honestly, I don’t think it would take much training to get him ready! He’s been doing this for a very long time. Another one would be Chad Gable. Even Eric Bugenhagen. Walter for sure, and Alexander Wolfe. Both guys that have spent time training with me.”

Check out the complete Josh Barnett interview at TalkSport.com.