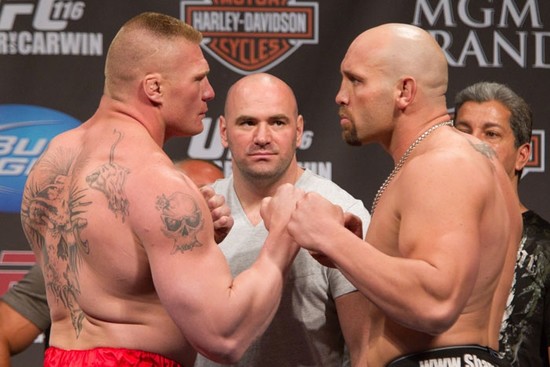 – Former UFC Interim Heavyweight Champion Shane Carwin, who lost to Brock Lesnar for the Undisputed UFC Heavyweight Title at UFC 116 in 2010 but later retired in 2013, says he’s interested in a rematch against the current WWE World Heavyweight Champion. Carwin says he would come out of retirement if Lesnar would do the rematch.

“I’m all in. All the pain would be worth that. [In the first fight] I should have let him up and kept punching him in the head. Lesson learned. Cain [Velasquez] learned it. If I didn’t make it obvious what to do to that guy, the next guy did.”

“He’s not coming back. I don’t even know why he would have the desire.”