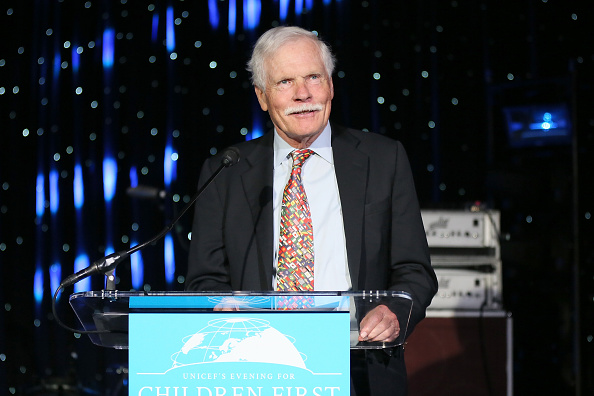 “Billionaire Ted,” as the WWE, then WWF, would call him, brought Georgia Championship Wrestling to national television in 1076 when TBS became available to cable systems across the United States. However, most would remember Ted’s influence on the wrestling world after the promotion became World Championship Wrestling.

Turner decided to go to war with the WWF back in 1994, signing the company’s biggest stars of the 80s to lucrative deals, such as Hulk Hogan and Macho Man Randy Savage. Over the next seven years, the two promotions would battle every Monday night, creating some of the most entertaining moments in professional wrestling.

Ted Turner has now revealed that he has been diagnosed with Lewy Body Dementia, a progressive brain disease. In a conversation with Ted Koppel, Turner said that:

It’s a mild case of what people have as Alzheimer’s. It’s similar to that. But not nearly as bad. Alzheimer’s is fatal. Thank goodness I don’t have that.

However, there was a point during the interview that sort of brought the reality of the situation forward, when Turner said:

Dementia… I can’t remember what my disease is.

Turner was one of the most influential men in professional wrestling, period. Without Turner, we might’ve never seen many great talents like Sting, Ric Flair, Eddie Guerrero, Rey Mysterio, the Big Show (Giant in WCW), Chris Benoit, or Diamond Dallas Page on a national stage. We also wouldn’t have been introduced to the NWO, the legendary group that many credit with saving professional wrestling.

Without Turner’s influence, who knows where professional wrestling would be now.

The announcement and interview will air on CBS Sunday Morning this weekend.