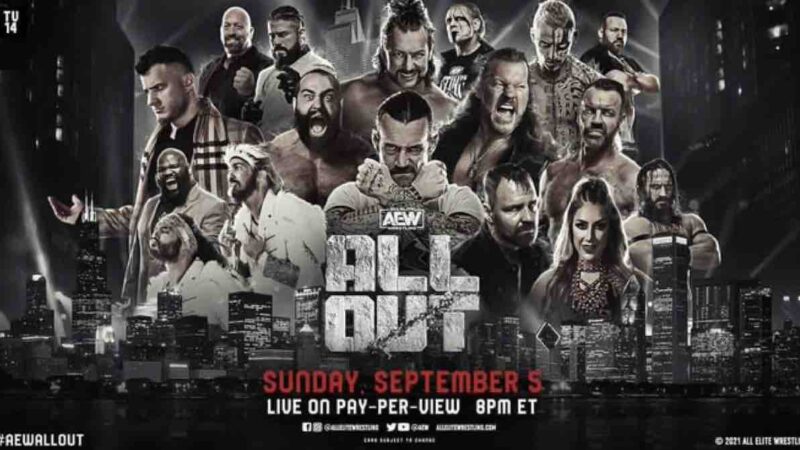 Andrew Zarian has stated a big name will debut at AEW All Out, “Gonna say this much… All out is going to have a great surprise.” Many are speculating Adam Cole, Ric Flair, or Daniel Bryan will debut.

CM Punk really dropped a ton of gems on AEW Dynamite as he made his second appearance in an AEW ring. Not only did Punk give a quick shoutout to AJ Lee, but we also may have ‘official’ word that Daniel Bryan will be coming to AEW as the crowd wanted their answer. Thanks to Punk, it looks like the crowd and us got the answer we have been looking for. Sting & Chris Jericho Bring A-List Star To AEW.

During CM Punk’s recent promo, there were a ton of ‘Yes’ chants as Punk stated why he was in AEW and how glad he is to be back in wrestling. CM Punk then paused as he said that what the crowd was chanting was somebody else’s schtick. It didn’t stop there as Punk then said they would just have to wait a little bit longer for that somebody else.

After this, Daniel Bryan was seen in some photos in workout gear with his hair up and looking to be in pretty good shape which could help the story more of Daniel Bryan actually jumping ship to AEW. Of course, this is all up in the air, but CM Punk almost guaranteed it and I am personally seeing Bryan showing up to help Punk during a Sting, Darby Allin, and CM Punk match.