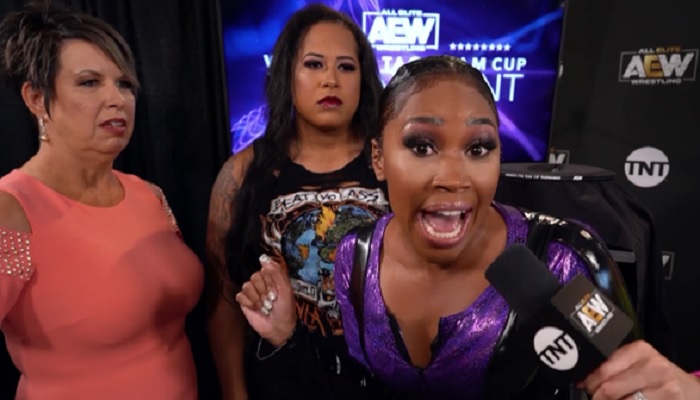 Matt Cardona (a.k.a. Zack Ryder) wasn’t the only former WWE Superstar to make his All Elite Wrestling debut this week.

After breaking down some of the rules for the first-annual AEW Women’s World Cup Tag-Team Tournament, along with the trophy being shown, a backstage segment took place on AEW Dynamite with Nyla Rose and her new manager, Vickie Guerrero.

The two didn’t have much to say, although they did eventually introduce the woman who will be Rose’s tag-team partner in the AEW Women’s World Cup Tournament — former Total Divas cast-member and WWE Superstar Arianne (a.k.a. Cameron).

Check out a photo embedded above of Arianne’s debut in the aforementioned backstage segment from this week’s AEW on TNT program.