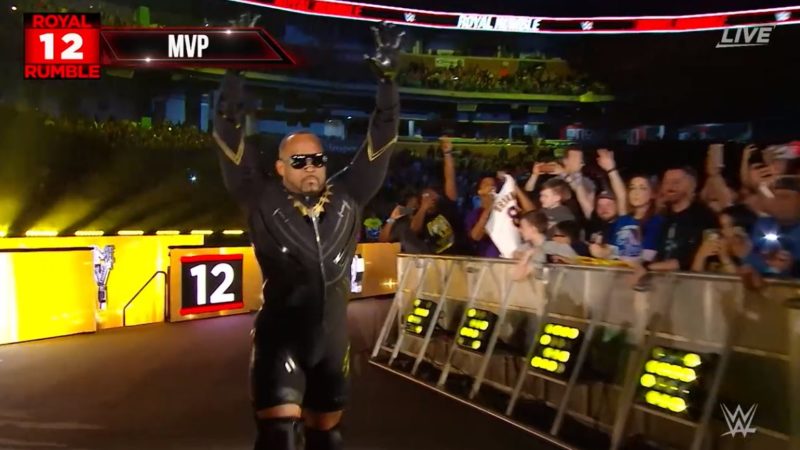 For the first half of the Men’s Royal Rumble match, Brock Lesnar claimed victim after victim and decimated everyone. Former world champions, legends, and huge men, all fell against the Beast Incarnate.

The theme, obviously, belongs to former WWE Superstar MVP who made his surprise return at Royal Rumble at Number 12. The former United States Champion took his time to get into the ring and instead went after Paul Heyman at ringside.

However, Lesnar caught MVP mid-chase and brought him into the ring. There, MVP was welcomed with an F-5 and then immediately sent out flying.

Either way, seeing MVP back in a WWE ring was a pleasant surprise!