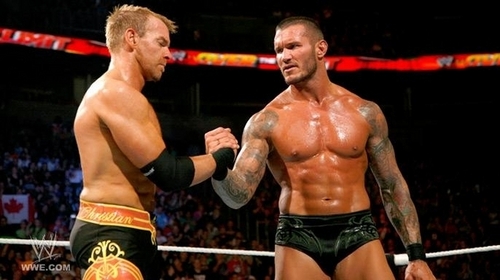 Randy Orton is currently in hot water in regards to some old “antics” he used to pull earlier in his career. An old episode of the MLW Podcast from 2012 has come up recently in which a former writer claimed Orton used to welcome new writers by putting his hand down his pants, pulling out his penis, then asking the new writer to shake his hand.

The WWE has since begun an investigation regarding the claims. This wouldn’t be the first time someone has accused him of inappropriate behavior over his 16 years with the company.

When asked on Twitter if he shook the Viper’s hand, former WWE writer/producer and film star Freddie Prinze Jr. had two simple words to say.