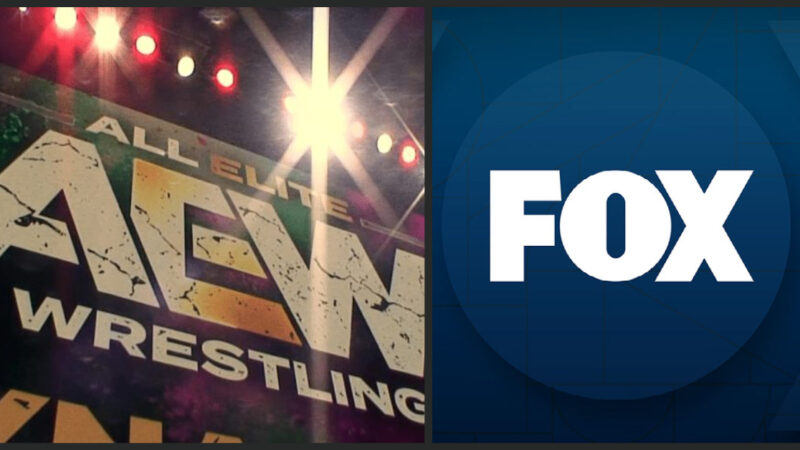 Has All Elite Wrestling invaded FOX? During Sunday’s NFL game between the Green Bay Packers and the New Orleans Saints and the AEW logo popped up several times on the scoreboard in EverBank Field in Jacksonville, Florida – which is normally home to the NFL’s Jacksonville Jaguars. It should be noted that the game was being played there due to set backs in the New Orleans area from Hurricane Ida. Vince McMahon’s ‘meltdown’ after AEW Dynamite recently leaked.

However, although the logo showed up during the game – if you were watching on FOX, you apparently didn’t see it for too long as fans are indicating that the FOX broadcast would cut away from the AEW logo every time it was shown. It should obviously be noted that WWE SmackDown airs on FOX every Friday night. Speaking of SmackDown, it is also being noted by fans that during that particular NFL game, FOX went heavy on SmackDown advertising.

In other news regarding All Elite Wrestling, one particular critic of the AEW product has been famed professional wrestling manager and personality – Jim Cornette. During a recent interview with Busted Open Radio, AEW President Tony Khan discussed Cornette’s criticisms of the AEW product. Credit to t eWrestling for the below.

“To be fair to him, these are his opinions. He says what he thinks and there is stuff on the show that he’s liked before and there’s stuff he hasn’t liked and I think he’s still like that. He’s not saying he loves everything on the show but he has acknowledged a lot of great stuff that happened.

This former WWE Champion is ‘furious’ with this top AEW star. Khan would continue: “What really tickled me and I thought was very cool was his line about CM Punk’s arrival about his debut appearance in AEW on The First Dance and I’ll never forget it. His exact quote was, ‘well it wasn’t what I would have done. It was a lot better. It was perfect.’ I thought that was awesome and it was very fair because I think it was our perfect moment and it was very cool of him to say. He has been very fair recently with the stuff he said and I think that’s great.”