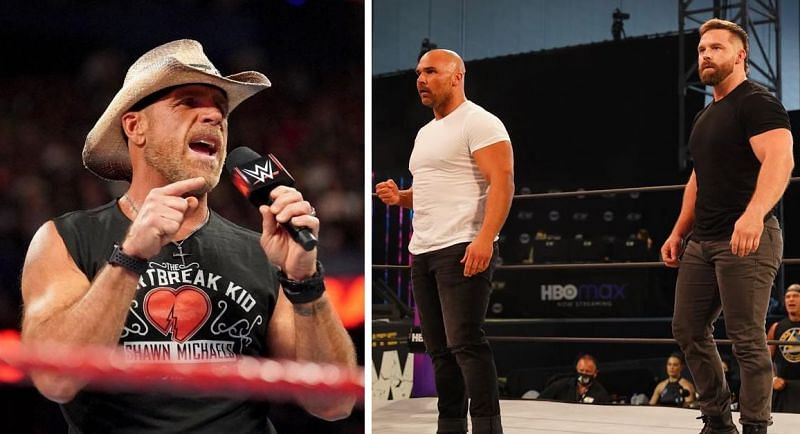 WWE Hall of Famer Shawn Michaels turned 55 yesterday, and it looks like former company superstar Scott Dawson took a shot at him on Twitter. Dawson acknowledged Michaels’ birthday by tweeting a photo of Bret ‘Hitman’ Hart, dubbing him “the greatest wrestler to ever lace up a pair of wrestling boots”.

Former superstar Miro (Rusev) responded by asking why Michaels wasn’t tagged, and then WWE Hall of Famer Road Dogg weighed in by stating Dawson didn’t have the guts to tag HBK.

No guts! Be well Miro!! God bless you dude

As of yet, FTR have not responded to that tweet, but it’s no secret The Revival are huge fans of Bret Hart and he is one of the main reasons they got into the pro wrestling business. They of course also made the headlines last year when FTR’s Cash Wheeler punched the attacker who took down Hart during his Hall of Fame speech.

Road Dogg of course has allegiances to Shawn Michaels, having been part of the DX faction which was originally created by Triple H and HBK.