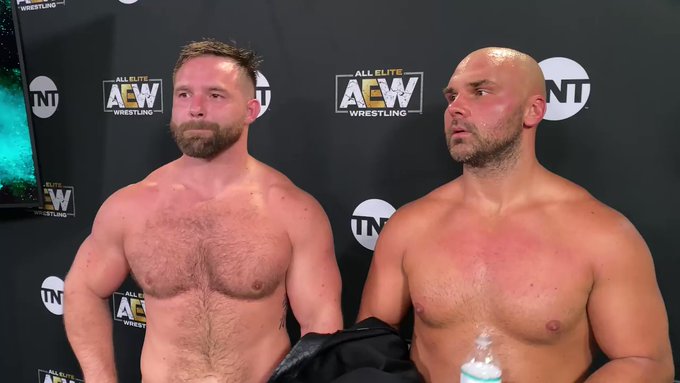 FTR, Cash Wheeler and Dax Harwood are tag team specialists and fans of the old school ways of professional wrestling. When they left WWE, they began taking shots at the tag division of AEW, calling them out for poor tag team basics. Not using the tag rope, not adhering to the referee’s count, stuff like that.

AEW has been called out for this before, with critics believing that they’ve abandoned tradition in order to keep matches as fast-paced as possible. FTR doubled down on this on Busted Open Radio, a show which has also called out AEW for similar problems. Wheeler started off, saying:

Harwood followed up, believing it to be an issue brought in by the newer generation of wrestlers.

“I think it may be a generational thing, too. Something has changed in wrestling completely where it’s more about the flashy things and let’s forget the rules. I don’t know where that was lost in wrestling, but the creativity is not seeing how many things four guys can do.

Even within a given few seconds or how many creative things they can come up with to make everyone pop for a second, the creativeness in tag team wrestling comes around building your story around the tag team rules and taking those rules and saying, ‘Okay, how can I incorporate this story and this spot while using the rules and the referee.’ That’s where creativity is. That’s where the storytelling goes to a different level.”

FTR believes that you can keep the more fast-paced current wrestling product while also holding onto the tradition. They said that they didn’t agree with everything WWE did, and the same will go for AEW. (H/T to Wrestling Inc. for the transcription)