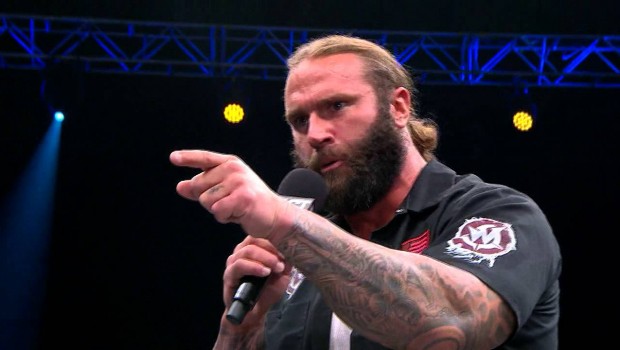 As noted, former TNA star Gunner was apparently involved in a fan incident at a PWX indie event on September 6th in Winston-Salem, North Carolina. There was an indie fan named Adrian Rohr, who attends many events, had apparently written negative things on social media about Gunner, which did not make him very happy with the fan.

This led to Gunner kicking Rohr in the chest while sitting in the front row with his son, who was sitting with him. Most of the wrestlers, who worked the show took Gunner’s side as they defend their own, but some wrestlers thought the assault was unprovoked. Rohr is said to be a very respectful fan, “who is not a nut in any way.”

Gunner would later give his side of the story on his Facebook page.

In an update, Gunner is reportedly scheduled to meet with PWX owner Brian Kanabroski and Adrian Rohr, the fan that Gunner allegedly kicked at the live event to clear the air about the incident.