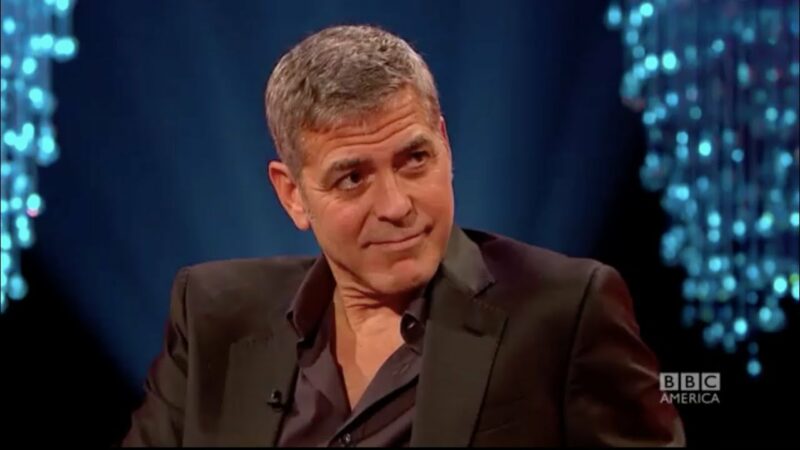 NBA legend Shaquille O’Neal has played for six franchises during his legendary NBA career that spanned 20 years. He is one of the greatest to step foot on the court. Standing at 7’1″, O’Neal ends up towering over almost everyone wherever he goes and this was the case when he ended up on the set of E.R. 30 years ago while meeting Hollywood actor George Clooney.

On his podcast, ‘The Big Podcast With Shaq,’ host Nischelle Turner ended up sharing a story about Shaquille O’Neal from 30 years ago. Turner told Shaq that she had just gotten done interviewing Hollywood stars George Clooney and Julia Roberts.

It is noted that during her interview, she said Clooney shared a story about Shaq that happened long ago. As Clooney described, when he was on the show E.R. there was a guy on the staff that was about 6’9″.

He was always the tallest guy among the whole crew. And everyone would have to look way up to his face while talking to him. So, one day when Clooney was walking down the hallway and he saw the 6’9″ guy looking up and talking to someone.

Clooney immediately wondered, “Who the heck is here that’s a giant?” And to his surprise, it was none other than NBA legend Shaquille O’Neal, towering over him. Turner went on to describe the rest of the scenario doing her best impression of the Big Diesel.

Turner said Shaq then went up to Geroge Clooney to introduce himself and said, “Hi George, how you doing, I’m Shaquille.” Turner then carried out to narrate the rest of the story.

She told him that Clooney reached out his hand to give Shaq a handshake and O’Neal pulled him in to give him a bearhug. After hearing the whole incident and Turner imitating Shaq, he gave her props for doing one a great impression of Shaq.