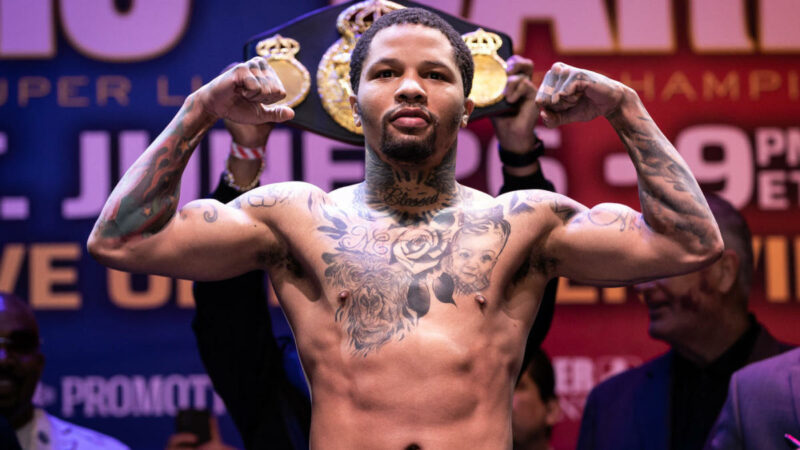 The WBA Lightweight title holder, Gervonta Davis is one of the top stars of the sport. He gained popularity with the support of boxing legend Floyd Mayweather and a series of fiery knockouts. Previously, Mayweather had revealed who stole the money of Davis. “Tank” had Mayweather, his promoter and mentor, watching from ringside when he retained his title against Isaac Cruz, who is a major underdog from Mexico. Following the fight, Oscar de La Hoya, who recently revealed the last time he used drugs, had taken to Twitter and sent out a Tweet to Ryan Garcia, potentially indicating that he can defeat Davis.

Davis responded to the Tweet and forewarned de La Hoya that he could defeat both of them. You can check out the Tweet below:

I will beat the both of y’all asses https://t.co/wyYlLmkVhQ

Davis (26-0, 24 KOs), 27, of Baltimore, Maryland, could not manage to showcase a performance that the fans were expecting and it was neither threatening to Cruz but he managed to emerge victorious in the bout. ‘Tank’ remained undefeated with a tougher-than-expected unanimous decision victory over Cruz (22-2-1, 15 KOs), 23, of Mexico, on Sunday before an announced attendance of 15,580 at Staples Center. The two judges scored it 115-113 with a third tally of 116-112 for the Baltimore native.

“I hurt my hand, so I couldn’t get him out of there,” said Davis, a southpaw who barely threw a left hand over the final two rounds. He further added that “I was throwing down and I hit him on top of the head. I messed it up.” After the fight, both men showed respect towards each other, but when asked if the fight deserved a rematch, Tank responded with a resounding, “Hell no.”