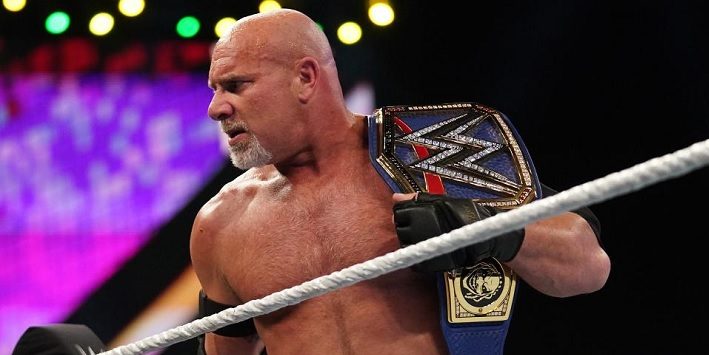 Roman Reigns pulling out of WrestleMania was one of the most discussed topics about the show and now the other part of the equation, Goldberg has opened up about this sudden change.

The former Universal Champion broke his silence on the matter during the latest episode of “Carcast” podcast. He first mentioned Roman’s health conditions and said that he doesn’t even know why the match was considered for the PC in the first place:

“You know, obviously, I had a change of opponents at the very last moment. You know, Roman Reigns, everybody knows he has leukemia. You know, he’s in remission and his — obviously his immune system is down, and so, I don’t know why it was even considered in the beginning, except for the fact that we’d invested time and WWE invested the money in the angle, in the match, you know.”

Commenting on the incident with the Miz that upset the Usos and ultimately led to his decision of backing out of the show, Goldberg recalled the following:

“I think what happened was, somebody was sick and Roman heard about it. They didn’t have [COVID-19], they just had the flu. But just the fact that someone was sick in those circumstances, at the end of the day he just couldn’t do it.”

The former WCW star was finally asked about his reaction to the whole incident and he said that you have to love the guy because he was still willing to do the bout until the last minute:

“You know, more power to him to continually want to get it done,” Goldberg said. “Whether that’s realistic or unrealistic from a person in his shoes are concerned. But you’ve got to love the guy because up to the 11th hour, he was still willing to do it.”