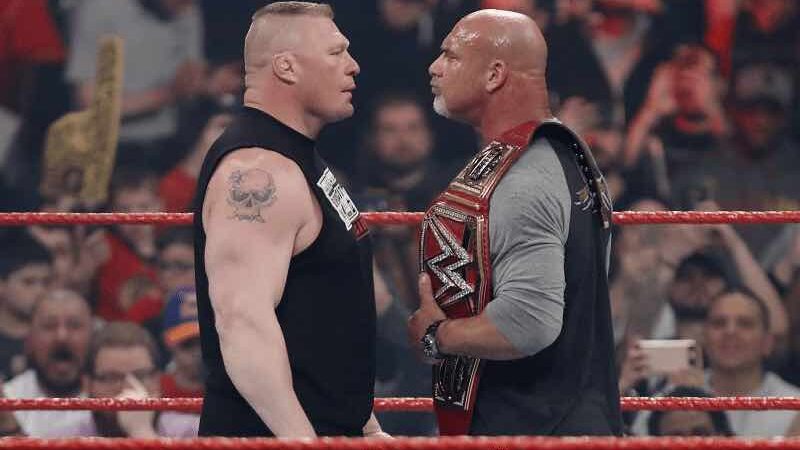 Roman Reigns has been undefeated over the last two years. The Tribal Chief has seen a great time as the champion. It also involves a side effect. With him already conquering Brock Lesnar, Kevin Owens, Drew McIntyre, and others, can anyone topple him off his throne, and when?

It looks like The Head of the Table will defend his title on the 5th November episode of Crown Jewel. It’s a yearly event that happens in Saudi Arabia. The question arises that with him already defeating Drew McIntyre at WWE’s Clash at the Castle in Cardiff, Wales, who could step up to him?

According to Dave Meltzer of the Wrestling Observer Newsletter, the company could have The Needle Mover take on Drew McIntyre and Karrion Kross as his next opponents. The next opponents are not Seth Rollins or Kevin Owens, as one would have thought, and there are rumors that Goldberg or some part-timer may get an opportunity. He said:

”I was told it’s not Seth Rollins or Kevin Owens, even though both have teased it and based on build one would expect those two matches at some point. So that would seem to favor either McIntyre or Karrion Kross, unless they’ve got somebody from the past but at this point they’ve done Goldberg and done Lesnar to death,”

It would be interesting to see if the WWE would bring in a part-timer, as Triple H doesn’t want a part-timer on his show. He wants to build new stars. It can only happen when someone steps up to The Challenger.

Roman Reigns looks unbeatable at this juncture, but things can change instantly. Will The Bloodline turn on him to make him lose to his opponent? Will The Wiseman use his wise skills and give The Bloodline a motive to turn on their Tribal Chief?

It looks like an excellent angle because The Usos have lost their relativity since they aligned with Roman Reigns. The Usos are an excellent team that could work with others to elevate the tag team division. With no possibility of them coming through until they are in Roman Reigns’ shadow, this could be a moment when they turn on their Tribal Chief and make themselves relevant again.

The Wiseman can also turn on him with a returning Brock Lesnar taking the remaining title off Roman Reigns. It would thus lead to a storyline involving The Rock, whose electrifying appearance can appease The Millions and Millions of WWE fans.

Do you think this is a possible outcome? Sound off in the comments.