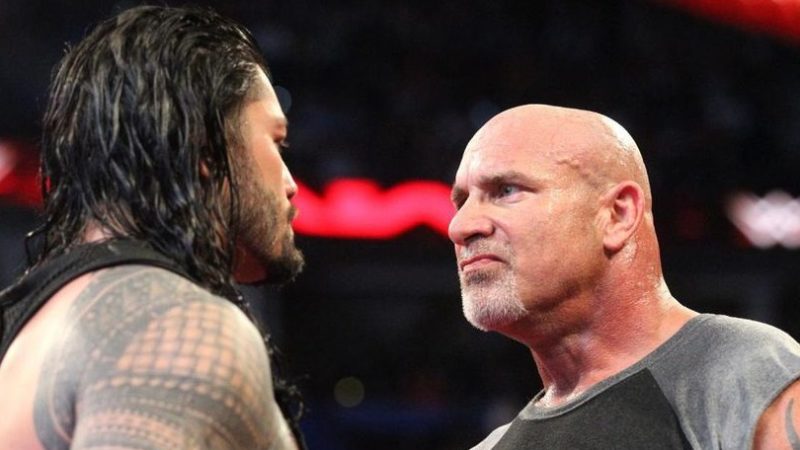 Bill Goldberg recently had some choice words for Roman Reigns that is sure to create a buzz within the pro wrestling community.

During the discussion, Goldberg recalled Reigns “ragging on him” for headbutting doors as part of his character in WWE and more specifically during his original run in WCW.

Featured below is an excerpt from the interview where Goldberg makes the comments about “The Big Dog” of WWE.

“Roman … you’re a joke, first of all. Second of all, when he ragged on me about headbutting the doors and stuff, you know … I never really explained my whole thought process on that. For you guys to get the character that you got, I had to do certain things,” he started. “Well, one of them was headbutt the door. Right? And that may, on the outside, look like a stupid move, but as I mentioned, we all weigh the positives and negatives, so it’s very positive to make it as violent as humanly possible, and as real as humanly possible, and all the negative is you lose a little blood and hey, man, you get another concussion and cut a week off your life.”

Watch Bill Goldberg make these comments by checking out his new interview with “The American Monster” Robert Oberst below courtesy of the official American Monster Productions YouTube channel.