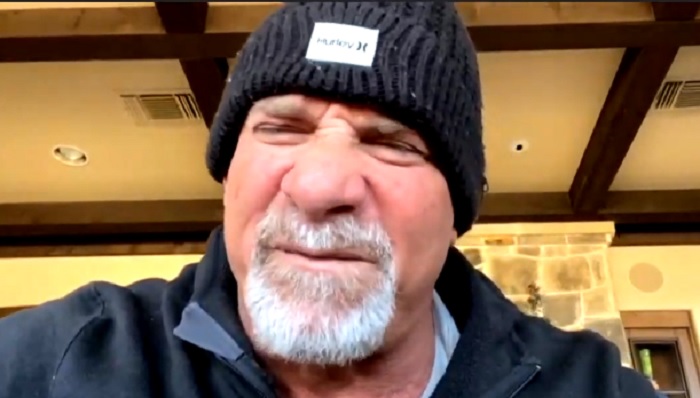 Goldberg calls out Roman Reigns on WWE's The Bump

On the Wednesday, December 9, 2020 episode of WWE’s The Bump, WWE Hall of Fame legend Bill Goldberg was a guest and took aim at WWE Universal Champion Roman Reigns.

When asked if he has unfinished business with Reigns (alluding to their scheduled match at this past year’s WrestleMania which was cancelled after Roman decided to pull himself out of live events), Goldberg had this to say:

“I would say that is one of the most mild understatements that I have ever heard. He backed out on me at WrestleMania. He stole my move…God knows how long ago and he continues to perform it at subpar level. Let’s be perfectly honest. I’m the dude who delivers the spear and I don’t think that he understands what it’s like until I deliver one to him. So Roman, it’s coming and I’m coming for you. I may be old, I may be gray, but I’m still Goldberg!”

If the two do end up wrestling, an obvious destination would be WrestleMania 37 as Goldberg has an active contract with WWE to wrestle two matches per year for the next two years.

Check out a video clip of Goldberg calling out Reigns on WWE’s The Bump via the following tweet embedded from WWE’s official Twitter feed.

"WHO'S NEXT? @WWERomanReigns is NEXT!"

Did we just get some BREAKING NEWS on #WWETheBump?!@HeymanHustle pic.twitter.com/XO6VFQkZnH