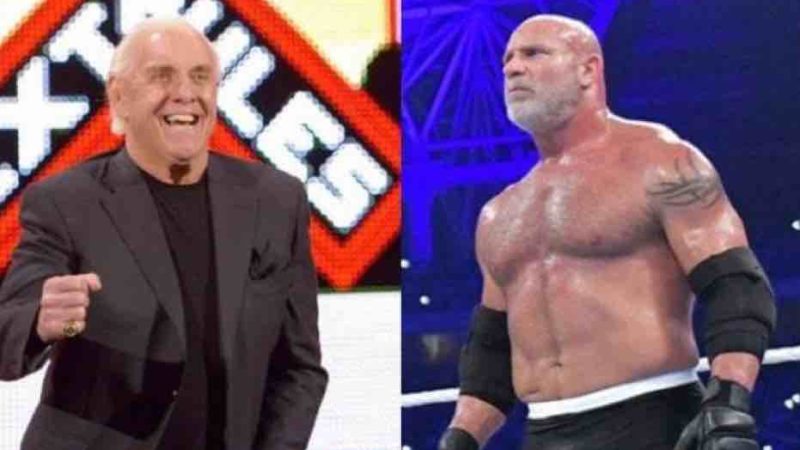 WWE Hall Of Famer Goldberg has yet to be announced for any program at WrestleMania. That might not be happening altogether due to his current contract. WWE accidentally teased Goldberg for a title match on Smackdown last night. As stated by his contract, Vince McMahon can only have him compete in one more match this year, so it has to mean something. Goldberg also admitted to mocking Ric Flair for being too old to be in the ring in the past.

The WWE Hall Of Famer recently spoke to  The Pop Culture Show, where he talked about the fact that he has a very limited number of matches he can compete in till 2023.

He also mentioned how he made fun of Ric Flair committing to WWE when he was doing it in his early 40s.

“I’ve exhausted my limit this year [2020] quite early on April the fifth with WrestleMania under these really weird circumstances. My WWE commitment is still going strong at 53. I never would’ve imagined especially after making fun of Flair when he was doing it in his early 40s.”

Goldberg challenged Drew McIntyre for the WWE Championship at the Royal Rumble event, where he was unsuccessful in beating McIntyre for the title. Goldberg only has one more match left for this year, as he has a yearly limit of two matches.

We will have to see who Goldberg will end up facing next this year.