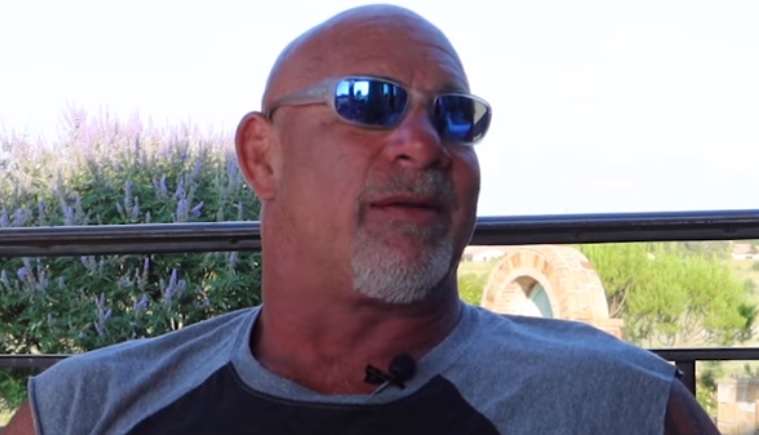 As noted, WWE Hall of Fame legend Bill Goldberg was a recent guest on the “Have A Beer With Opie” podcast on the American Monster Production YouTube channel for an in-depth interview where he spoke about all things pro wrestling.

Featured below are some of the highlights from the interview, which include him discussing his legacy and today’s wrestling fan-base.

On feeling like he can still “go” in the ring even at 53 years old:

“You want to leave at the top, right? You want to leave the biggest, baddest son of a bitch, period. But guess what? My thought process changed when I became a guy that’s 50 years old that can still do this shit. I used to talk about Ric Flair being over 40 and how goofy he was wrestling. Now I’m 53 right now and I just got done, that’s ridiculous. The fact is, the way I look at it now, there is me then and there is me now, and show me another 53 year old dude who can do it. Give me a month, the guys only give me three weeks every time anyway, give me an extra week, give me a month, I’ll show you what I can look like. Not many people can do that at 53 years old with a lot of things contributing to it, mainly injuries, especially what I’ve been through.”

On how he’s not tarnishing he’s legacy by continuing to work in his 50’s:

“I’m not tarnishing what I used to do, because I’m a different person now. I’m older now. I’m giving you a different version. Sure as shit I’m not 300 pounds and I can’t press 300 pound guys over my head like I used to. But show me a 53 year old man who can do that. There ain’t any.”

On not being offended when crowds boo him:

“If I go out and a crowd boos me, I don’t take it personally and feel as if I’m not worthy of doing anything. No offense, guys, there’s a lot of asshole fans out there. There’s a different generation of fans now, they want to be that guy who started that chant and that guy who made Goldberg spit at him or do whatever, and I’m not here to give them the time to do that, and the reality is they are paying me to put on a show for them, they’re not paying for them to be part of the show, although people may refute that. Yeah, they’re part of the show because they interact but interacting in a negative, malicious way is very disrespectful.”

Check out the complete episode of “Have A Beer With Opie” featuring the full Bill Goldberg interview via the video embedded below courtesy of the official YouTube channel of the show.