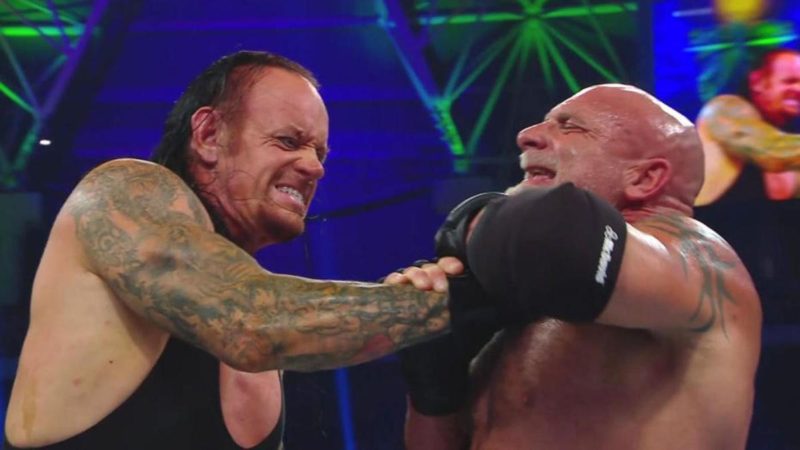 The Undertaker and Goldberg squared off at WWE Super Showdown in a match that largely disappointed the fans, considering it was two legends. However, Goldberg didn’t start off the match on a good note.

Goldberg entered the ring while having a cut on his forehead, which some fans might not have spotted. This is believed to have been caused by headbutting a locker or a door which he always does before a match.

According to a report by Wrestling News, there is concern backstage that Goldberg suffered a concussion at WWE Super ShowDown.

I just spoke with someone backstage at Super ShowDown and I am told that trainers are checking on Goldberg and the belief is that he may have suffered a concussion.

We will keep you updated regarding Goldberg’s condition if we learn more.