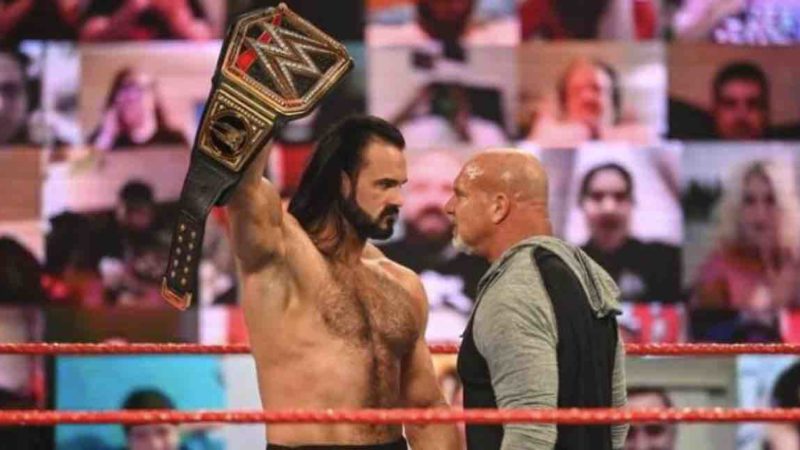 Goldberg’s match between him and Drew McIntyre was awful and a squash burial. Not even bad, but awful. It was awful enough for it to be just under the Goldberg vs Undertaker when Goldberg gave himself a concussion before the bell even rang. Goldberg has a reaction to the McIntyre match. Drew McIntyre Reveals Why Goldberg Match Was ‘Limited.’

Goldberg recently stated that former WWE Champion Drew McIntyre is like a younger version of himself.

In his Goldberg at 54 documentary, which was filmed before his match with McIntyre at the 2021 Royal Rumble, Goldberg talked about how he was feeling after his match with Drew.

Goldberg stated the following in the film: “The problem I have is the time constraint. I think physically, even though I’m at an accelerated age, I think I’m still there. I’m not called upon to be some shmuck who’s easily run over, you know. Especially in a situation like this, preparing for Drew (McIntyre), who’s as in shape as anybody is going to be, as a champion should be. You know, it’s like fighting a younger version of myself, in a little way.”

After his match with McIntyre at the Royal Rumble, Goldberg said it “felt great to be in the ring with The Scottish Warrior”

Goldberg also stated that it was one of the few times that he felt good being in the ring with someone else. He said that “there are few people in the business that are more deserving of the title than McIntyre.”