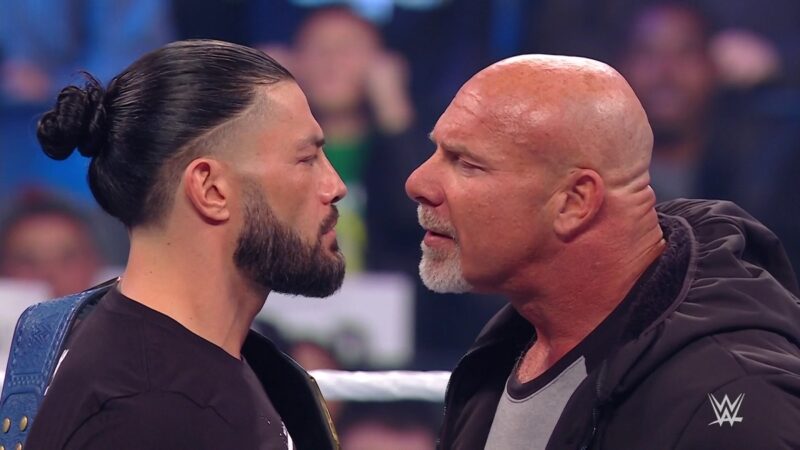 WWE Hall Of Famer Goldberg returned to WWE in 2016 after a hiatus of more than 12 years from the company. He decimated Brock Lesnar in a squash match at Survivor 2016 and then win the Universal Championship against Kevin Owens in 2017. He defended his title against Brock Lesnar at WrestleMania 33 in one of the show’s main events.  As revealed by his contract, Vince McMahon can only have him compete in one more match every year, so it needs to be meaningful. It was rumored to be the last match of his contract, so it may be his retirement match. Goldberg’s sad problem with Edge was also recently revealed.


He had two matches against Bobby Lashley at WWE SummerSlam and then WWE Crown Jewel on October 21st, 2021 in Saudi Arabia respectively. Goldberg beat Lashley in the second match. Since then, the WWE Hall Of Famer has been absent from WWE television.

Goldberg recently spoke on the latest episode of Car Cast, where the WWE Hall Of Famer revealed he had the virus when WWE offered him the match against Roman Reigns.

“Roman is a great dude. It would have been nice for me to do it in my 40s, but I had to do it at 55. I think they planned it out so he had more of an opportunity to beat me. Let’s be perfectly honest, I would have squished him 15 years ago, but now, it’s a different story. I’m 55, I do two matches a year, what am I going to do? Come in, one of the bigger pay-per-views, and I’m going to beat the WWE Universal Champion and take the belt home for six months and come back? I don’t write the script, I just kind of follow it. Kind of follow it. One of the reasons I came back is to give back to the business. If I can set Roman up and make him look like a million bucks going into WrestleMania against Brock, that’s my job.

I’m behind the eight ball. Not only do a plethora of people understand what the outcome will most likely be, but I have an extremely short period to get ready for it. I hadn’t trained for three months, I have [the virus causing the pandemic] when I get the phone call to go. I had two weeks in the gym to get ready for this. What people don’t understand, and it will come out in the documentary, is it’s tough to do that as a 20-year-old, it’s more difficult as a 30-year-old, a 40-year-old, it’s almost impossible, a 55-year-old, I’m one of the .003% humans on the planet that can pull something like that off.”