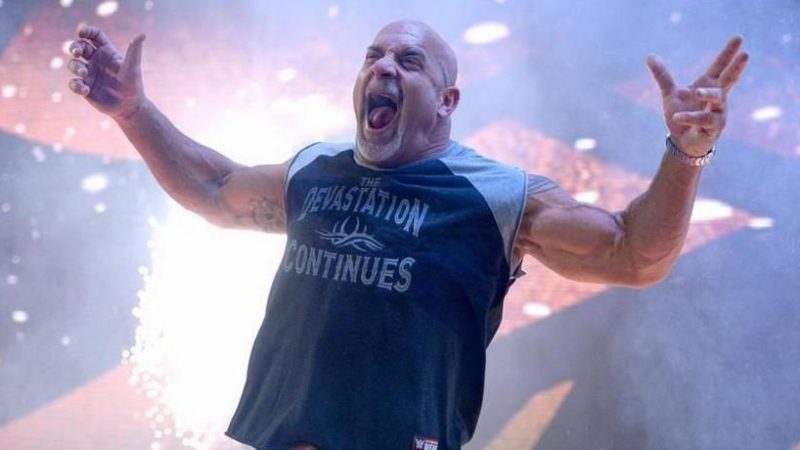 Goldberg is gone from WWE and no longer under contract after his loss to Roman Reigns at WWE Elimination Chamber, WrestlingInc.com’s Raj Giri is reporting. Could he go to AEW or re-sign with WWE? We’ll have to wait and see. WWE may have Cody Rhodes coming back soon, which will make up for the loss of Goldberg.


That was Goldberg's last match on his WWE contract. He is now a free agent. #WWEChamber

The former AEW EVP Cody Rhodes and former Chief Brand Officer Brandi Rhodes recently left the company for a painful reason. It has been speculated that WWE could be their next destination and they could even work WrestleMania 38. Now, the former AEW World Champion Kenny Omega recently opened up on the matter.

Kenny Omega was shocked with the development

It was noted how Cody was one of four Executive Vice Presidents in AEW as well as a member of The Elite, which the promotion draws its name from. Alongside Omega and The Young Bucks, The American Nightmare played a huge role in helping AEW to gain popularity since its inception in 2019.

While speaking with Dave Meltzer on Wrestling Observer Radio, Omega said he was as shocked as everyone else when he learned about the news:

“Everyone was shocked. We all know when our deals are up, especially the EVPs, or in the case of The Bucks like when their options kick in. For myself, I don’t have a deal like that. As you know, I’m up next year, just straight up, done. So I’d have to re-sign a new one. There’s no option,” Kenny Omega said.

The Cleaner went on to add that Cody was the most passionate person he knew when it came to building a wrestling company. Omega noted how strange it was for Rhodes to walk away from it:

“It was almost like you just never think it’s going to go in that direction, where the talent is going to opt for leaving, especially since you know, when this first thing started, I would say the most passionate person about a revolution, our most most passionate person about kind of creating an us versus them mentality was Cody. So it was strange for him just to choose to get up and walk away.”

We will have to see what is next for Cody in the pro-wrestling industry.