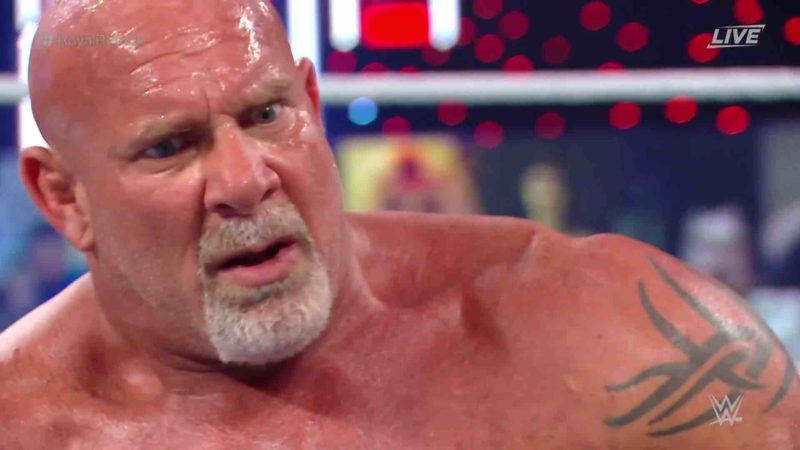 Wednesday’s episode of WWE’s The Bump saw a guest appearance from Goldberg, who was asked about Roman Reigns’ streak of dominance. Goldberg said that he owes Reigns a receipt for their last encounter, but feels like there are several capable people of beating “The Head Of The Table” … if it’s a fair fight.

“I don’t have any matches left on my contract, but I know one way I can take care of it. I do need to give him a receipt for that little choke-out in Saudi Arabia. But I think that there are a number of Superstars that are capable of dethroning him, most definitely. It’s got to be the right time, the right place and it has to be one-on-one. And that’s tough because nowadays with The Usos, he’s got a built-in bodyguard system working out pretty well for him. I think Brock [Lesnar] has the opportunity to do it when he comes back, but like I said, I think there are a number of people on the card, on both shows, both programs, that have the potential to beat him. But it’s got to fall into place. I mean, he’s very dominant, we’ve seen that over the past year or longer, and it’s going to take that special person to come out and dethrone him. I think, like I said, there are a couple of people that are more than capable of doing it.”