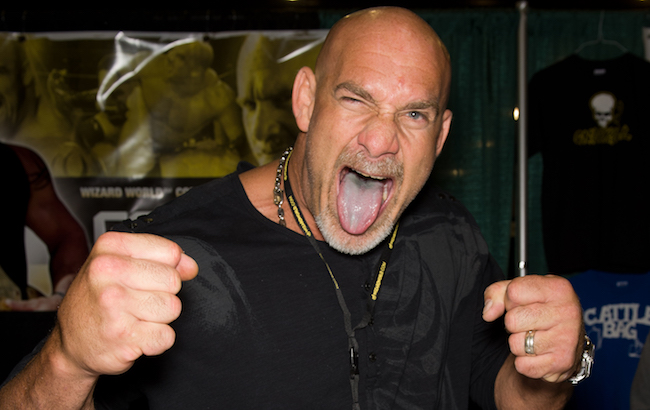 Former WCW and WWE star Bill Goldberg was recently a guest on the 1000th episode of Submission Radio. You can check out some highlights from the interview here:

On being in Indianapolis the same weekend as Clash Of Champions:

Oh man, I’ll be featured on Bischoff’s Podcast event. That’s about it in Indianapolis. It’s purely coincidence, man. It is what it is. I’m by no means trying to bilk off of WWE being in town. It was something that I found out kind of afterwards.

Brock knows where the gym is, Brock knows where I live, and I’m not contractually bound to any deal with the WWE. So I have no business being around anything they’re doing right now and it’s purely by coincidence. But hey, I could get a phone call between now and then. You never know.

More on being in Indianapolis:

Oh man, they don’t do that. They’ve got their own agenda, man. I’m a 49-year-old has-been over here that just so happens to be in their new videogame, and it’s an honor for me to do it. It’s an honor for me to take place in it and hey, I have no issues with them anymore. Like I said, to be able to do anything with them at this point it is a true testament to my ability to deliver for my son. So that’s it.

(All transcribed quotes courtesy of Cage Side Seats)