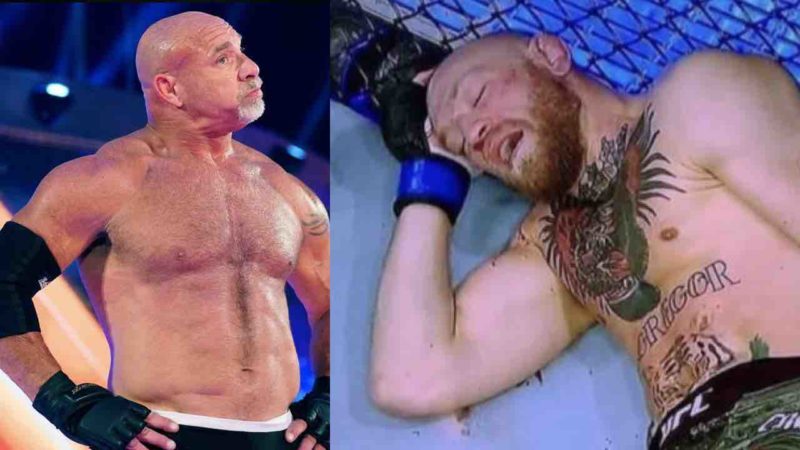 Conor McGregor stunned fans at UFC 257 last night when he was knocked out by Dustin Poirier in the second round, but one man who was not surprised is former WWE and WCW world champion Bill Goldberg. Goldberg was rooting against McGregor and for Poirier tweeting before the fight, “Let’s go @DustinPoirier #UFC257.” After the fight, he said, “Like I said….. @DustinPoirier is the man 🙏.”

Becky Lynch was on the opposite side of Goldberg, writing before the fight, “All of us Irish champs stay ready. @thenotoriousmma x @rootsoffight

All profits will benefit the childrens health foundation crumlin that supports children’s health In Ireland.”

Shayna Baszler chimed in, “People that don’t know fighting always want to say things like ‘It’s just leg kicks’ but @DustinPoirier showing how to chop the tree down #UFC257.”

“One of Conor’s biggest strengths is his footwork. Flatten a tire & even the fastest race car can’t move. #UFC257.”

Sheamus told Digital Spy he expected McGregor to come to WWE like his former opponent Floyd Mayweather did, “”He’s teased [coming to WWE] a couple of times. He’s still staying active, he’s a lad who’s won belts, he’s done a lot, so I think he’s that type of person who’s always trying to try his hand at something different.