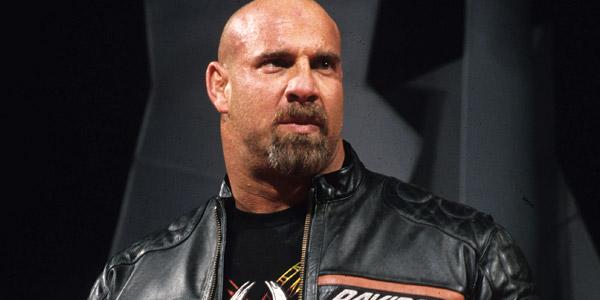 Goldberg recently sat down with Ring Rust Radio to discuss a variety of topics, including working with 2K instead of WWE for the upcoming WWE 2K17 video game:

On his upcoming film on terrorism in America:

“I think vigilance is the first thing you need to take from it. The reason I got involved with the project was the script. It really threw me for a loop. I read through it and it was really entertaining. To be able to portray an enlisted man and a decorated war veteran while trying to tell a story in modern day about a guy who ended up being a hero in our modern day. Obviously terrorism is at the top of the list and it’s happening abroad and quite frequently on American soil. Ironically, the day we wrapped Check Point was the day that the recruiting facility in Tennessee got attacked. At the end of the day, it is bringing it to the forefront, but in an entertaining way and being responsible with portraying the men and women who protect our country while entertaining with a story at the same time.”

On possibly working with WWE Studios and which wrestlers would make a good supporting cast:

“There are a lot of wrestlers who would make a good supporting cast no matter what you do. The transition from what they do to what I am doing now truly isn’t that much different. Anything from fight scenes to character development or story lines is stuff they already do in wrestling. They work on all those things every day, and the longer you are in wrestling the better you are at your craft. I think it’s a natural segue way and you see a lot of wrestlers do it. It’s not something I aspired to do by any means, but it’s an option that’s out there and it’s entertaining. You asked me about the WWE Network and if I would ever do anything with them. They actually have a car show sitting right in front of them that they are a little bit interested in. You never know. I have no issues whatsoever working with the WWE as you see with my involvement with WWE 2K17.”

On how wrestling helped him with acting:

“The biggest difference between acting and wrestling is you have the ability to say “cut” and do it again when you are acting. That makes professional wrestlers very good at their craft. Whether it’s story telling or setting up a fight scene, it makes no difference because it’s what wrestlers do every day. Every day you step foot into the wrestling business, whether the building or the ring, it’s an internship or a segue way to Hollywood cause it’s truthfully the same thing. At the end of the day, the biggest difference is with a fight scene, you have more pressure on you working in your underwear in front of thousands of people compared to a closed set where a director can yell “cut” and let’s do it again. You can perfect your craft by doing it over and over again until you get the finished product. You don’t have that luxury in the wrestling business.”

On how the agreement to be involved with WWE 2K17 came about, and who he worked with in the process:

“Well I don’t have to talk to anybody. I spoke to with 2K directly and they did all the interaction with the WWE. I don’t think this year is any different than the rest except for that they checked off on it. 2K wanted me either as a cover or a downloadable character for a number of years, and I think time may have healed a little bit of the wounds and I think that’s the only difference this year.”

On possibly being inducted into the WWE Hall of Fame:

“I can’t divulge what goes on in those guys’ brains. I have had no conversation or anything. In all honesty, this is a relationship between 2K and myself for the video game. I inspire to do nothing else besides this being a deal between the two of us. I don’t think it opens the door to anything, but stranger things have happened. I did this to put a smile on my 10-year-old’s face and that’s it.”

How he sees Brock Lesnar’s upcoming UFC 200 fight going and what advice he may have for him on balancing both WWE & UFC:

“First and foremost, I have to go on record as taking my hat off to Brock and his business sense. What he has done pretty much mirrors what mine would have been had MMA been an option at that time. Unfortunately, the pay at the time wasn’t what it is now so that wasn’t an option back then. You have to take your hat off to him. The way he has balanced it all is brilliant.

“I don’t think it’s too much for him because he can continue to train like a fighter and keep his body in shape to fight MMA, then transition based on muscle memory and do anything he is asked for in the wrestling ring. How he is going to fair against Mark Hunt; I don’t know. Any time two people step into the Octagon, it’s anyone’s game, just ask Connor McGregor or Jose Aldo. A lot of people walk in there with an attitude and they get knocked down on their ass in a matter of seconds. You normally go with the veteran in a fight, and Mark Hunt has had some stand up wars in the K1, Pride; this dude is a monster. He carries some thunderous shots in both hands. Since his transition from kickboxing to MMA, he has worked on his takedown defense. How he works off his back, it’s not his most favorable place and that’s obviously where Brock wants to take it. If the fight stays on their feet, Hunt has a granite chin. I don’t know how much chance Brock has on his feet, but if he takes it to the ground, he has a huge advantage. I don’t care how big you are, Brock can hold you down and hammer fist through your skull. It’s going to be a very entertaining fight. Hats off to those who booked it. They are both friends of mine, but I just want an entertaining fight and may the best man win.”

You can see the full interview here: