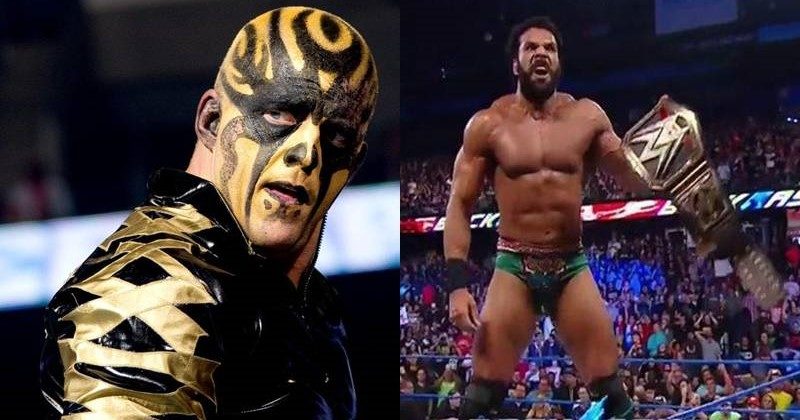 Goldust gave his views on Jinder Mahal becoming WWE champion in a recent interview, courtesy Nick Shwartz. The 48-year old also spoke on various other topics including teaming with R-Truth, performing in Europe, wearing his old bodysuit at Wrestlemania 33 and much more.

Goldust and R-Truth performed as the Golden Truth since last year, until the former recently turned against his partner after their match against Luke Gallows and Karl Anderson on Monday Night RAW.

Goldust gave his take on, what’s being heralded as one of the more shocking developments in recent professional wrestling history, i.e., Jinder Mahal winning the WWE championship this past Sunday at WWE Backlash. Here are a few excerpts from his statements regarding the same-

And to see Jinder… you know, I didn’t know. Nobody knew. The way they did it, I’m very happy for Jinder, because he left and he came back and he busted his ass and he trained hard and he has probably the best physique here in WWE. He looks great, has a great attitude, and is a genuinely good human being, and I couldn’t be happier for him. Congratulations to Jinder Mahal.”

“Anything can happen. You never say never in our company, and that proved the point last night. It was just a month ago or two months ago that he was in eight-man tags with us. He was in that comedy-style eight-man tag match that we’ve had for the last year, and now he’s world champion. That goes to say something. He’s worked his ass off and had the attitude that every performer needs to have when they try to get into this company… He is proof of something good happening.

You know, the brass ring that everybody talks about, which everybody makes fun of, it was there last night for Jinder Mahal, and he grabbed it.”

Furthermore, Goldust spoke about teaming with R-Truth, stating that while their run was fun in its initial phase, his partner and he gradually drifted away. The American Nightmare blamed R-Truth for holding him back, whilst asserting that he’s destined to do much more than just being an old comedy act.

Besides, the 9-time WWE Hardcore champion also praised the European fans adding that it’s fun to perform for them. Goldust also stated that although the bodysuit he donned at Wrestlemania 33 may have been a throwback to the Goldust of old, he prefers to live in the here and now rather than dwell on the past or worry about the future.

Goldust is presently involved in a feud with his now-former tag-team partner R-Truth, on Monday Night RAW. Fans can catch-up on the moment Goldust turned on his former-friend below-