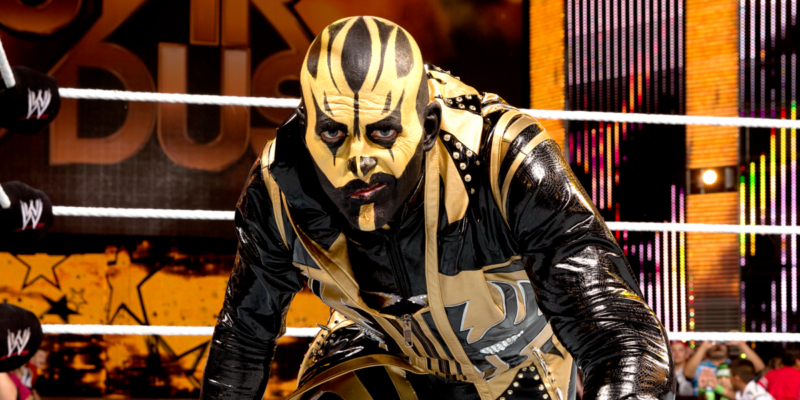 Dustin Rhodes has managed to reinvent himself over the past three decades, keeping the character of Goldust fresh. The Bizarre One spoke with the Sports Guys Talking Wrestling radio show, revealing that he doesn’t have too much left to accomplish.

I’ve wrestled just about everybody there is to wrestle, done just about every character reincarnation that I can come up with. What’s next? Im’ at the end of my career here and about to be 50 in April. What else is there to do?

My body’s getting older, they’re getting younger and faster. It takes a toll on an old man’s body like myself or [Kane] or Mark Henry or Taker. You gotta do it a little bit less. Can’t go balls to the wall like we used to.

How would you like to see Goldust end his highly entertaining and bizarre career in the WWE? Personally, I’d like to see him have one final run with the Intercontinental Championship.