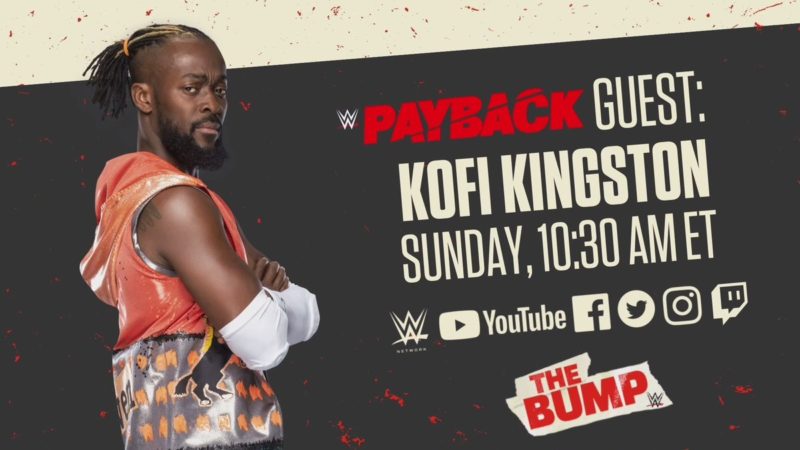 The WWE Payback 2020 pay-per-view event goes down on Sunday evening, however the anticipation for the show will begin peaking hours prior, as WWE presents a special preview edition of their weekly digital series, “WWE’s The Bump.”

On Saturday, the company announced via their official website and various social media channels that the weekly WWE digital series will return on Sunday morning, August 30, 2020, with the stream kicking off live at 10:30 a.m. Eastern Time on the WWE Network, as well as the official WWE Facebook, Twitter, Instagram and Twitch channels.

Check out the announcement regarding the 8/30 episode of WWE’s The Bump via the tweet embedded below from the official Twitter feed of the weekly digital series.